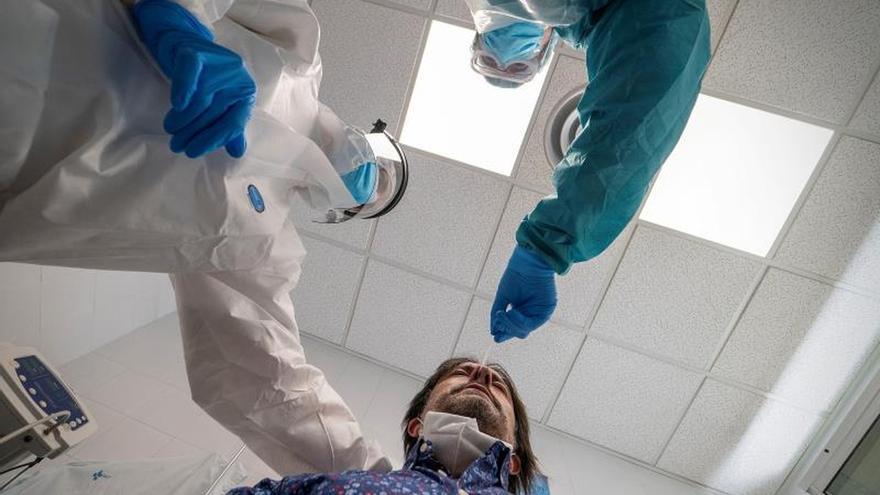 The Ministry of Health has registered 9,779 new cases of coronavirus, 3,829 in the last day. Of the total of communities, the one that accumulates the most infections this Friday is Madrid, with 3,441, of which 1,153 have been detected between yesterday and today. In total, since the beginning of the pandemic, 439,286 people confirmed by tests have been infected.

This Friday the 29,000 deaths with coronavirus have been exceeded. Health authorities have added 15 to the total balance, raising the figure since March to 29,011. Of them, 129 have died in the last week.

Hospitalizations continue to rise. In the last seven days, they have touched 1,700 (1,693). They have occurred throughout the territory and one more day, Madrid is the one that has had the most (503). The second has been Andalusia, where there have been 254, followed by the Valencian Community (151), Castilla y León (136) and the Canary Islands (116). The rest have reported less than a hundred cases and those that have reported the least are Ceuta (one), Melilla (four), Euskadi (seven) and Asturias (eight).

This week 129 patients have needed treatment in intensive care units throughout Spain except in Aragon, Asturias and the autonomous city of Ceuta. The region with the most is once again the Canary Islands (21), and after that Andalusia has had 18, the Valencian Community, 15, the Balearic Islands, 13 and Madrid, 12. The rest have reported less than ten cases.

The Spanish Agency for Medicines and Health Products has authorized this Friday the first clinical trial of an anti-COVID vaccine. This was announced by the Minister of Health, Salvador Illa, at a press conference. This is the second phase of the examination of this drug, which will be tested in 190 healthy people in three hospitals: Madrid’s La Paz and La Princesa, and the Cantabrian from Valdecilla. Spain will be one of the three European countries – also Germany and Belgium – in which the second phase of this clinical trial will be carried out, which has already been carried out in the first phase in the USA and Belgium. The test in that case was carried out on a total of 1,045 people. In total, the second test period will reach a total of 590 people, according to Illa. “There will be a phase three in the clinical trial before getting approval for commercialization,” he added.

In Asturias, the Government has delayed the start of the course until September 22. This decision, which had been rumored in recent weeks, will allow the Ministry of Health to carry out PCR tests on all the teachers and non-teaching members who work in schools, as well as to hire the more than 850 educators planned to comply with the new measures adopted by the pandemic. In addition, they have reported that “bubble classes” will be implemented – with about 20 students – from Kindergarten to second year of ESO, and that from now on, the presence in the classrooms will be rotating and complementary to studying from home. The expected completion date remains in June.

The return to classes in Euskadi is also postponed, although, in this case, for students over 14 years of age. The start date will be September 15, while for the youngest students, the Government maintains it on the 7th. In FP, up to six dates have been set, September 14, 16, 21, 23, 28 and 30.

The educational and health authorities have also chosen to “reinforce” the use of the mask in classrooms and make it compulsory from the first year of Primary, that is, from the age of 6. However, it is also “recommended” for minors of that age. Education will send 800,000 units to the centers and 500,000 will be distributed each month. There will also be a distribution of thermometers to check fever. 24,631 computer equipment has been checked to reinforce possible needs for distance education.

Beyond going back to school, in Tudela (Navarra), the meat company Uvesa, has decided to close “precautionary” and temporarily the plant that it has in the town, after this Thursday the Health department detected an outbreak of 175 positives after screening 640 workers. The outbreak affects more than 20% of the workforce.

Also, in Ávila, one of the people hospitalized in the local Healthcare Complex has died, a resident of the Candeleda center. Therefore, there are already two fatalities of COVID-19 in this residence after the one that occurred the previous day.