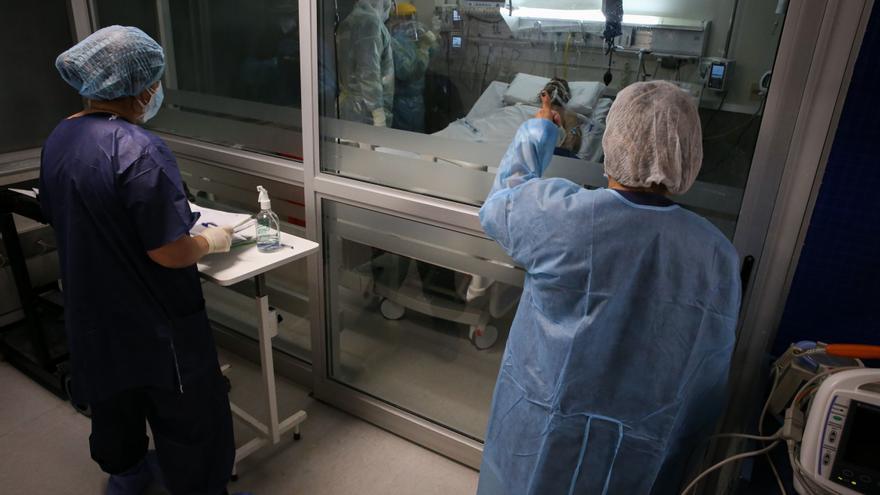 The 14-day incidence rate has registered a new rise this Thursday, reaching 202.72 cases per 100,000 inhabitants, an increase of two points compared to Wednesday. The incidence advances in 11 autonomous communities and Navarra, with 436.78 cases; Euskadi, with 358.93; and Madrid, with 348.53, remain the regions with the worst incidence.

The Ministry of Health has notified 9,663 new infections and the total number of infected since the pandemic began, more than a year ago, rises to 3,396,685. Madrid, with 2,717 new cases; Andalusia, with 1,854; Catalonia, with 1,742; and Euskadi, with 948, are the communities that have reported the highest increases.

The occupancy level of ICUs with COVID-19 patients drops slightly at the national level compared to Wednesday and stands at 21.39%. At this point, Madrid is well above the rest of the autonomous regions, with 41.39%. In total, there are 9,724 hospitalized for coronavirus in Spain.

In total, with the 449,000 in the last 24 hours, Spain has already administered 11,885,085 doses. In addition, the vaccination speed is maintained. At the average rate of the last week, it would take 6 months more to vaccinate 70% of the population (with two doses). The government’s goal is to do it before the end of the summer.

The rise of this fourth wave is also noticeable in large cities: infections have doubled in 30 large cities in the last two weeks. In addition, in two out of three of more than 40,000 inhabitants the incidence registered this week is higher than that of 14 days ago, and in thirty of them (20%) the new cases have doubled in two weeks. A trend and data that are not in line with the objective of “avoiding reaching 300” cases per 100,000 inhabitants, that has been marked this week by Fernando Simón.

The figures left by this upturn in the curve pose a “very high” risk of contagion for a third of the inhabitants of Spain. More than 15 million people live in municipalities with an incidence of more than 250 cases per 100,000 inhabitants – among them are a third of the big cities. Most of these towns are in Madrid, Euskadi and Navarra. In fact, in the first community, more than 90% of the population lives in municipalities, including the capital, with incidents above this threshold.