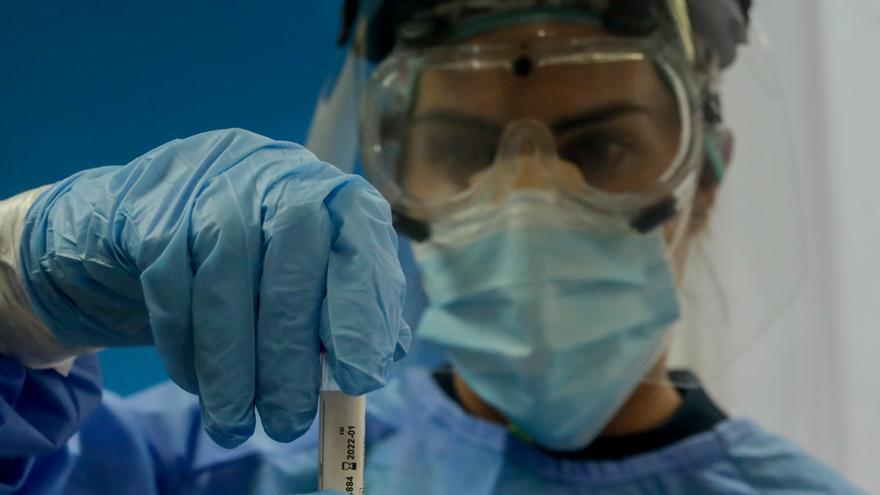 The Ministry of Health has registered 8,581 new coronavirus infections, of which 3,663 have occurred in the last day. Of the total in Spain, the community with the most cases is still Madrid, with 2,401 and 1,362 between yesterday and today. In total, since March, 479,554 test-confirmed people have been infected.

Regarding the deceased, the authorities have added 42 to the total balance, which increases the figure since the beginning of the pandemic to 29,194. Of them, 177 have died in the last week.

Hospitalizations continue to rise. In the last seven days, there have been 1,831 across the country. The community with the most cases is Madrid (424), followed by Andalusia (311), Castilla y León (166), the Valencian Community (164), the Canary Islands (147) and Galicia (143). The rest of the regions have had less than one hundred and those that report the least are Euskadi (one) and the autonomous cities of Ceuta and Melilla (five each).

On the other hand, in the last week, 137 patients have needed treatment in intensive care units throughout Spain except in the autonomous city of Ceuta. Andalusia is the one that has reported the most COVID-19 patients in the ICU (22), followed by the Canary Islands (20), Madrid (16), Castilla y León (15) and the Valencian Community (11). The others have had less than a dozen cases.

This Wednesday, the second vice president of the Government has advanced in an interview in Al Rojo Vivo that the Ministry of Labor is preparing a measure so that parents who have to have their children in quarantine – even if they are not positive for COVID-19 – and have no one to leave them with, can take refuge to a “temporary disability that has recognized at least 75% of the social contributions”.

This case, he expressed, is expected to also extend to the situation that the boy or girl had a fever, although it is not known whether or not they are infected with coronavirus, and the parents decide not to take them to school: “Enter the Ministry of Inclusion and Labor are going to extend this temporary disability also for those cases. It is a matter of public health. We cannot tell parents that they are not responsible. ” Asked when this measure will be launched, the second vice president said that “they are working on it” and that he hopes it will be “imminently.”

Also, Castilla-La Mancha has backed down and requested up to 600 military trackers “before the possible Madrid effect”. Less than a week ago, the Community Council assured eldiarioclm.es that it would not request this service “for now” what offered President Pedro Sánchez to the autonomous communities to reinforce epidemiological surveillance in them. The change of opinion has not been long in coming and today, the Minister of Health, Salvador Illa, has summoned those responsible for Health of this region together with those of Madrid and Castilla y León for this reason.

On the other hand, Navarra has announced that it will begin this week a screening for COVID-19 in the school environment before the start of the new year, in which about 1,000 students and teachers will be tested, “to measure the prevalence of COVID-19 in students and teachers” in the region, and also “the prevalence of antibodies among vulnerable students and teachers.” The plan will begin in the schools of Tudela, as it is a town with a high incidence of coronavirus, but it will be extended in subsequent phases to other areas of the Autonomous Community with random tests that will reach those 1,000 people.

Also this Wednesday, Cantabria has made the decision to establish a sanitary cordon in the municipality of Santoña given the increase in coronavirus cases in recent weeks. The measures, announced by the Ministry of Health, restrict free entry and exit from the municipality, except in cases of force majeure, and suspend cultural, sports, hospitality and leisure activities. The closure, which will last for 14 days, is motivated by negative data regarding COVID-19 in the municipality, with a total of 526 cases per 100,000 inhabitants, compared to an average of 193 in the rest of the community .