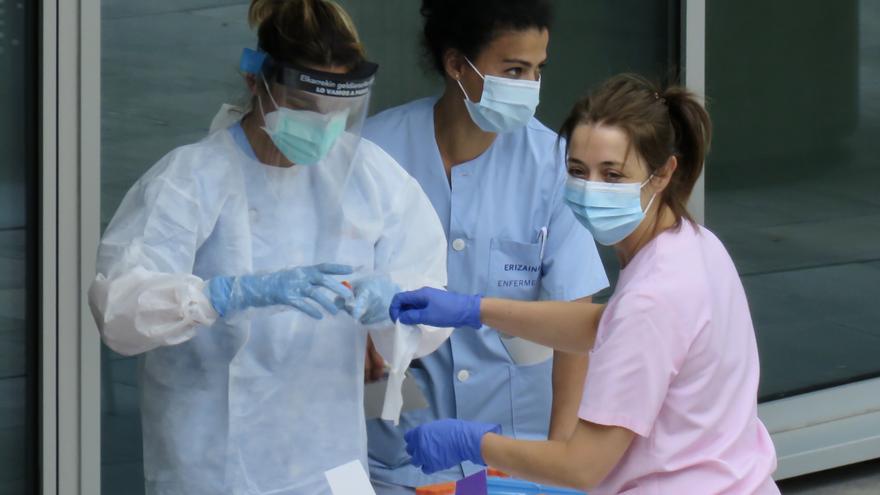 The Ministry of Health has registered 7,229 coronavirus infections, of which 3,594 have been diagnosed in the last day. In total, since the beginning of the pandemic, 419,849 people confirmed by tests have been infected. Madrid and Catalonia accumulate almost half of the cases. The first of them adds 2,214 this Wednesday (1,513 detected between yesterday and today) and the second, 1,267 and 165.

The third community with the most cases is Andalusia, which has reported 841 – of them, 370 have been reported in the last 24 hours; followed by the Balearic Islands, with 336 and zero, respectively.

Hospitalizations continue to rise. In the last week there have been 1,514. Madrid continues to be one more day the community that accumulates more of them (502). It is followed by Andalusia (202), Castilla y León (117) and the Valencian Community (101). The rest of the regions have registered less than a hundred cases, although all of them register at least one.

Furthermore, ICU admissions during the last seven days have exceeded one hundred. There have been 102, distributed throughout Spain, except Asturias and the autonomous city of Ceuta. The Canary Islands are the first again (16). Madrid (13), Andalusia (11) and Castilla y León (ten) also exceed or equal the ten patients in intensive care.

Regarding the deceased, the health authorities have added 47 to the total balance, which increases the figure since March to 28,971. Of them, 129 have died in the last week.

This Wednesday the Student Union announced a general education strike for September 16, 17 and 18 in all Spain. In the Canary Islands, students have disassociated themselves from this call.

“It is not the moment, nor the way”, has said the Union of Students of the Canary Islands (UDECA). The students ask that the Ministry of Education of the Canary Islands listen to their proposals, among which they defend blendedness in higher courses such as Baccalaureate or FP, or even 4th ESO. The president of this association in the Islands, Carla Sosa, points out that in the training cycles there are students who cannot switch to the afternoon schedule if they have chosen the morning schedule or vice versa for various reasons. To avoid these situations, she believes that it would be best to opt for digital classes combined with face-to-face at certain times.

In Madrid, the main teaching unions maintain the teachers’ strike planned for the beginning of the course. Although with changes. The social organizations transfer the mobilizations for September 22 and 23 after analyzing the plan to return to school presented by regional president Isabel Díaz Ayuso this Tuesday. The reasons: the limitation of attendance in secondary courses (from 3rd year of ESO onwards) and the lack of health professionals, which will only increase by 150 nurses for more than 1,800 centers.

Also in Madrid, the vice president of the regional government, Ignacio Aguado, has assured that the epidemiological situation in the Community is of “certain stability” and that it is “controlled”: “Although no one is aware that we are worse than a week ago, I think it is not good that we exaggerate, that we generate an unnecessary state of alarm “. He has also asked that citizens not be “alarmed” or “exaggerated” the figures because the situation in hospitals is “quiet.” Meanwhile, the mayor of Madrid, José Luis Martínez-Almeida recommended to the residents of the most affected districts not to leave home.