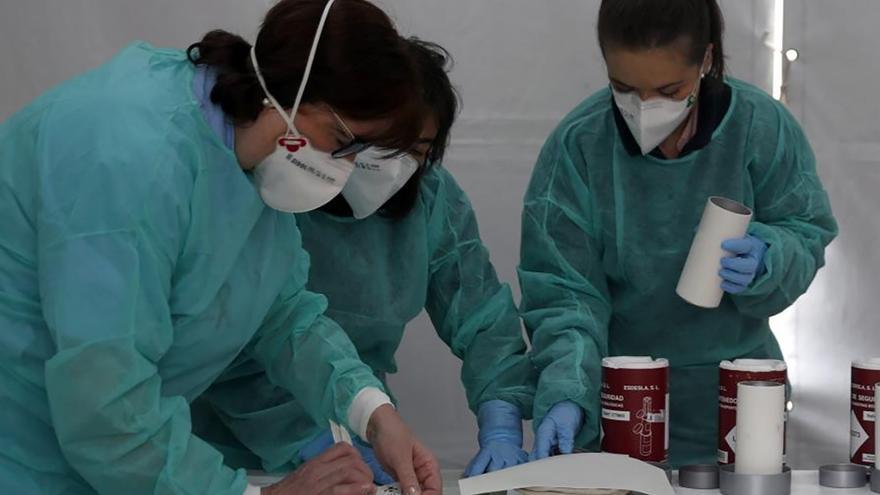 The Ministry of Health has notified 7,118 new cases of coronavirus this Tuesday, of which 2,759 have been diagnosed in the last 24 hours. In total, since the pandemic began, a total of 896,086 people have been infected by COVID-19 in Spain. The daily figure added to the balance this day is less than the 12,788 cases registered on Friday, the last day with which an equivalent comparison can be made, since on Mondays those for the entire weekend are reported, although Andalusia has not been able to update your data for technical problems.

The health authorities have also registered 80 new deaths with coronavirus. Since the beginning of the health crisis, 33,204 people have died in Spain, 406 of them in the last week.

By autonomous communities, the one that has added the most cases to the total balance this day is Euskadi, with 1,946 new positives for coronavirus; followed by Catalunya, with 1,218 new cases; and the Community of Madrid, which has notified 1,126. Regarding hospitalizations, 2,657 people have been admitted in the last seven days, making a total of 158,239 since the beginning of the health crisis, and 164 have required admission to the ICU.

The Minister of Health Salvador Illa, who will meet this afternoon with the COVID-19 group of the Community of Madrid to analyze the epidemiological situation in the region where the incidence has dropped this Tuesday to 489.15 cases – the second highest, behind Navarra and still well above the 200 that experts consider worrying–, has discarded this tuesday raise the state of alarm in Madrid, as required by the PP, because “the accumulated incidence has to go down much more.” President Isabel Díaz Ayuso has once again insisted on the same idea this afternoon, in a joint press conference with the mayor of Madrid José Luis Martínez Almeida, in which she defended that her sanitary measures are reducing the numbers of infections, hospitalizations and hospital care “every day” and has accused the central government of a “hasty intervention” to destabilize the regional government.

Meanwhile, other communities begin to apply new restrictions to contain the spread of the virus in their territories. This is the case of Catalonia, which with an incidence of 263.03 cases has announced New measures from Friday to restrict mobility and hospitality. Although the details will be known this Wednesday, the councilor spokesperson Meritxell Budó has assured that these are “forceful” measures at two levels: “Reduce mobility and reduce social interaction, which are the triggers for the increase in cases.”

The Junta de Andalucía has ordered the perimeter confinement of the Sevillian municipality of Écija for the next ten days. It is the fourth Andalusian town in which this measure is applied, which includes a reduction in hours in the hotel business, after Casariche, Linares and Almodóvar del Río. In addition, it has suspended classes face-to-face at the University of Granada after the “rebound” of infected students, with 159 cases in seven university residences.

The Asturian president, Adrián Barbón, has been another of those who announced this Tuesday “drastic measures” to contain the advance of the epidemic in the region where “it is becoming a dangerous reality.” In a message on Facebook, Barbón pointed out that the objective is “to anticipate and contain the expansion of the coronavirus” in the face of “bad numbers of infections” that place Asturias “in the worst of the scenarios experienced” since the beginning of the health crisis . The incidence in the region, of 122.67, is one of the lowest in Spain, behind the island communities, Cantabria and Galicia.

The Government of Navarra, the communities most affected in terms of incidence, with a rate of 756.79 cases per 100,000 inhabitants, is working on a alternative legal formula to the alarm state to limit mobility in case the measures announced this Sunday –Limitation of meetings to six people and advance closing hours in the hotel business– do not work and the pandemic spikes in the region.