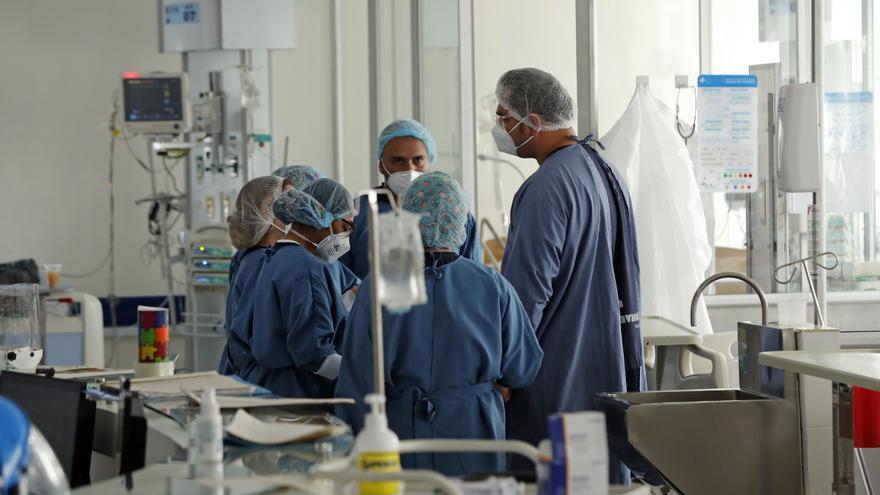 The Ministry of Health has notified 10,057 new cases of coronavirus this Tuesday, the lowest daily figure since December 10, which confirms the downward trend of last week. The cumulative incidence, which yesterday stood at 416.9 cases per 100,000 inhabitants in the last 14 days, also continues to decline and stands at 385.7 cases.

According to the balance of this day, there are 19,595 people admitted with coronavirus, representing 15.35% of beds occupied by COVID patients. In the case of ICUs, this percentage rises to 37.4%, which represents 4,053 people in one of these units.

The number of citizens vaccinated with the complete guideline in Spain against the coronavirus reaches 1,096,922 people this Tuesday, according to Health data. Since the vaccination campaign began, 2,914,755 doses have been received and distributed among the autonomous communities, of which 2,624,512 have been administered, 90% of the total.

In Andalusia, where 85.9% of the doses received have been placed, 194,477 people have been immunized. In Catalonia, with 87.9% of the injected doses, 166,104 people have the full regimen and in Madrid, with 89.6%, 156,682 people. These three are the communities that have received the most doses according to the parameters established by Health, which is why more citizens are already immunized, although the percentage of injected doses over those delivered is below the average.

The Ministry of Health confirmed this Monday that Moderna will cut the shipment of vaccines by half this week compromised by a readjustment in their production. A reduction that the pharmaceutical company plans to compensate with the shipment of those doses during the month of March.