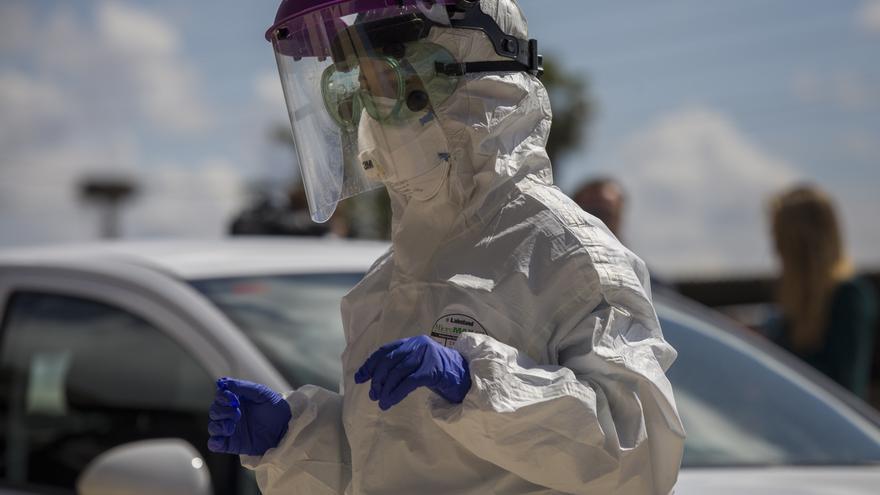 The Ministry of Health has registered around 52,188 new cases of coronavirus since Friday, about 17,000 a day, of which 5,217 have been diagnosed in the last 24 hours. The accumulated over the weekend represents a new increase compared to last week, when 37,889 infections were reported in the same period of time. In total, 1.09 million people have been infected in Spain since the pandemic began.

The health authorities have also registered 279 new deaths with coronavirus in the balance of this day. In total, since the health crisis began, 35,031 people have died with the virus, 628 of them in the last week.

By communities, Catalonia is the one that has added the most new cases to the Health balance. In total, it has reported 15,657 cases. Andalusia has added 8,409 and Castilla y León, 4.4.17. The Community of Madrid has added 3,884 to the total balance.

The director of the Center for the Coordination of Health Alerts and Emergencies, Fernando Simón, explained that the nearly 52,000 cases incorporated in the weekend do not correspond entirely to diagnoses from that period, but that some respond to updates from previous days. In any case, the technician has warned of a “situation of great pressure” on the health system that, although it does not currently have a “risk of collapse”, it is experiencing “some really critical situation” in specific hospitals due to the in incidence.

Although Spain began to enter the second wave of the pandemic in September, while the rest of the continent had lower numbers of infections, in this new phase all the countries of the European Union They have practically doubled the number of infections from one week to another, drawing a very accelerated evolution: Germany has jumped in seven days from 42,000 to 69,000 infections, Italy from 59,000 to 111,000, Belgium from 59,000 to 98,000, Portugal from 13,000 to 18,000.

Spain began the second state of alarm of the pandemic this Sunday. Approved in an extraordinary council of ministers, the Executive of Pedro Sánchez has established for the moment the curfew, with the exception of the Canary Islands, between 11 at night and six in the morning, although the communities will have the capacity to modify that interval in an hour or so both at the beginning and at the end.

Thus, since Sunday afternoon and throughout this Monday, the regional executives have been communicating what will finally be the time slot for curfew in their territory, as well as other tools that they can make use of under the state of alarm, such as the perimeter closure of the entire community. This measure is the one announced today Asturias, Aragon, that join Navarre, which has banned meetings of people not living together, and La Rioja, and the one Madrid deck to avoid exits during the bridge. Neither Castile and Leon discard this option.