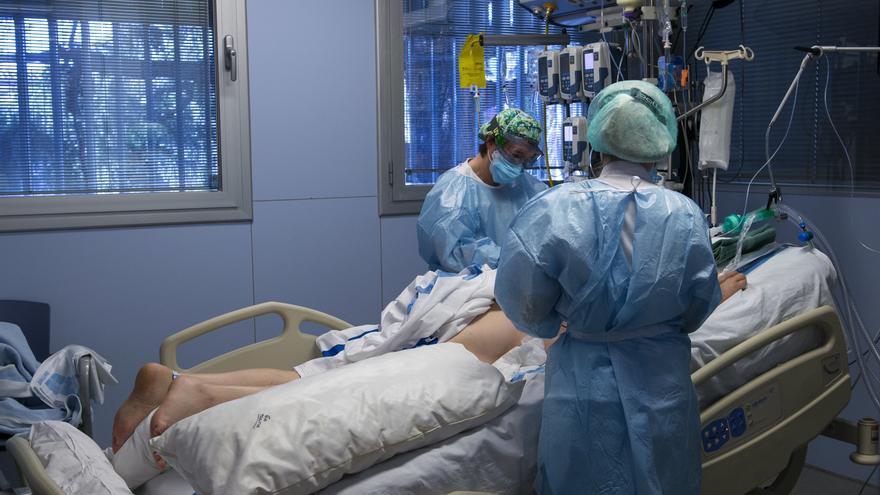 The Ministry of Health has registered 17,853 new cases of coronavirus. This is a lower figure than yesterday, when they were 18,114. In total, since the beginning of the pandemic, 3,041,454 people confirmed by tests have been infected in Spain.

Regarding the deceased, the health authorities have notified 513 new ones – a decrease compared to this Wednesday, when they were 643, the third worst figure since the first wave – which places the deaths since March at 64,217. Of these, 1,689 have occurred in the last seven days.

The communities have put about 80% of the vaccines received, with Asturias at the head

Asturias continues to be the community with the most advanced immunization, as it is the one with the highest percentage of people who have received the two doses of the vaccine necessary for its effectiveness (3.21%). On the opposite side of the table, the autonomous cities of Ceuta (1.15%) and Melilla (1.28%) are the most lagging behind in the administration of the double dose, followed by the Balearic Islands (1.29%) and the Canary Islands (1.34%).

As of today 943,278 people are immunized against the coronavirus in Spain, after having received the two doses of the vaccine necessary for this, which represents 40.6% of the doses administered, which are 2,320,507 this Thursday. Thus, Health data communicates 87,258 new inoculations compared to yesterday, which shows the increase in the rate of vaccination that in the last week has already gone from 40,000 daily doses to 60,000.

The autonomous communities have administered 79.6% of the vaccines received, which are 2,914,755, according to data from the Ministry of Health.

Castilla-La Mancha announces the reopening of the hotel business, with a QR code to access

All this in a day in which Castilla-La Mancha has announced the reopening of the entire hospitality industry, with a QR code to access – which must close at 9:00 p.m.. In the case of bars and restaurants, service will be provided both indoors and on terraces, although not at the bar. It can only be consumed sitting down and in groups of a maximum of six people. It also opens all the commerce – including the shopping centers. In addition, the perimeter closure between the municipalities of the Community is lifted, although the regional one is maintained.

Regarding the limitation of night mobility, it is maintained at 10 pm. And in the case of socio-sanitary centers, the restrictions are maintained: you cannot enter or leave, and the same restrictions also follow in open-air markets and markets: a third of the previously established capacity and distance between stalls of at least four meters.

The new measures come into force at dawn this Friday and will remain in force for at least 10 days and will be applied throughout the region except in the Toledo towns of Fuensalida, Torrijos and Casarrubios del Monte –to the north of the province– which will continue in the previous level.

Further, The Government has announced that hygienic masks will have to pass stricter filters from now on to be marketed. The Ministry of Consumption signs this Thursday an order that toughens the requirements to be able to put on the market this type of non-sanitary products, of which there is a great variety and that are usually made of textile material. As explained by the department headed by Alberto Garzón in a press release, it will come into effect one day after its publication, but 30 days later “only those tested by an accredited laboratory” and those already in circulation may be marketed as hygienic masks. They will have that time to adapt.