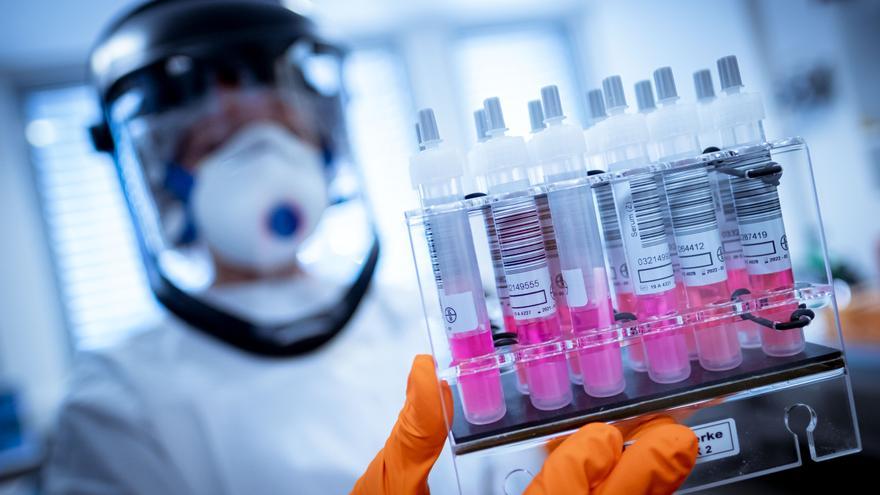 The Ministry of Health has registered 5,114 new cases of coronavirus, of which 2,128 have been detected in the last 24 hours. The community that has reported the most diagnoses is Madrid, with 1,619, of which 704 have been detected between yesterday and today. In total, since the beginning of the pandemic, 364,196 people confirmed by tests have been infected.

In Euskadi, the Minister of Economic Development of the Government, Arantxa Tapia, presented on Tuesday the first measures of the health emergency of the community, an exceptional framework that began on Monday due to the increase in COVID-19 infections detected last week but which has coincided with a decline in the first two days of this week. The plan, which affects the entire autonomous community, includes important restrictions in the hotel business – such as the total closure of nightlife -, leaves the capacity of the pools at 60% in the middle of the summer season, the closure of the youth markets is decreed and a limit of ten people is established for groups, either in bars or restaurants or on public roads.

The counselor Tapia has specified that the health emergency allows to adopt more and tougher measures in a more specific area in which an outbreak may appear, be it a neighborhood, a municipality or a region. It has not been specified how these more “surgical” measures could be, although the regulations that have come into force empower the “sole command”, the Lehendakari, even to order a confinement.

In Castilla y León Justice has ratified the extension of the confinement of Aranda de Duero until this Friday. The Junta de Castilla y León had requested this in order to serve 14 days of isolation. The Public Health report sent to the Administrative Litigation Court number 1 of Burgos indicates that of the 605 confirmed cases, only 201 are associated with any of the 50 identified outbreaks. “Therefore there are 404 cases in which no epidemiological link has been found,” reflects the magistrate, who concludes that this community contagion “makes it necessary to extend the measures adopted for 14 days.”

On the other hand, in Murcia the Government has limited car occupancy to 50% for people who are not living together. Therefore, in a means of transport with five seats, only three passengers can travel. The measure has been taken to control the spread of the virus in the workplace. The Autonomous Community has the lowest rate per thousand inhabitants of ICU admissions, as well as hospitalizations in the Peninsula.