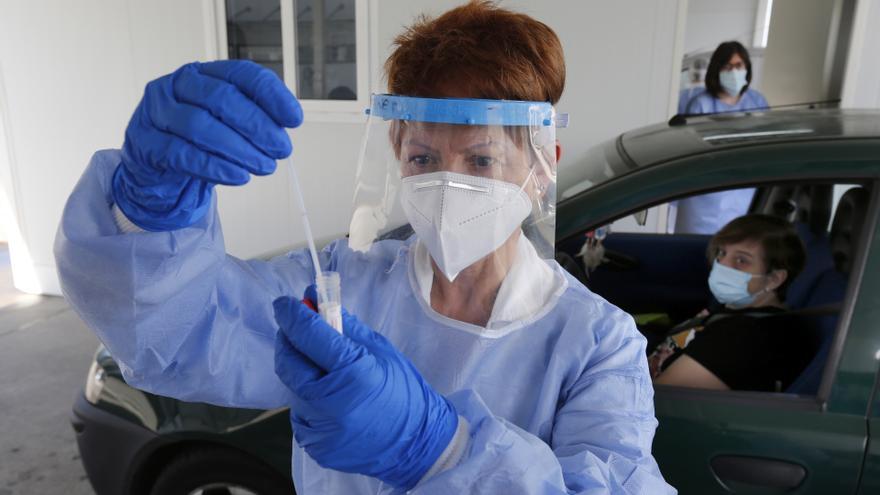 The Ministry of Health has registered 38,273 new cases of coronavirus since Friday, of which 3,321 have been diagnosed in the last 24 hours. In total, since the beginning of the pandemic, 1,496,864 people confirmed by tests have been infected in Spain.

Regarding the deceased, the authorities have added 484 new ones, so the balance of fatalities since March is already 41,253. Of those deaths, 1,083 have occurred in the last seven days.

This Monday Modern pharmaceutical company has announced that the vaccine against COVID-19 in which it is working has an efficacy of almost 95% - 94.5% -. In addition, it has announced that it may begin to be distributed in early 2021. It is a calculation based on the results of its phase 3, tested in 95 patients infected with coronavirus. At the beginning of the trial, half of the 30,000 volunteers received the vaccine and the other half a placebo, that is, an injection of salt water. Of them, 95 contracted the disease (11 seriously): five of those who had been vaccinated and 90 of those who had received the saline dose.

Moderna's vaccine, which will cost about $ 25 (21 euros) according to the pharmaceutical company, will have 20 million doses ready to be shipped to the US before the end of 2020, but will not be available until next year worldwide, where it hopes to ship between 500 and a billion doses.

Apart from the progress in vaccines against COVID-19, in Navarra, the regional government has approved for one more month the perimeter closure of the community, as well as other restrictions that affect the capacity in meetings and the curfew. However, he plans to reopen the hotel business on November 26.

The provincial government has decided to extend the extension of the measures for 30 days due to the proximity of the local bridges, which begin on November 29, with the feast of San Saturnino in Pamplona, ​​and which includes December 3, Navarra Day, in addition to national holidays on December 6 and 8, for the fear that "a relaxation" on those dates could cause a rebound in infections at the community gates.