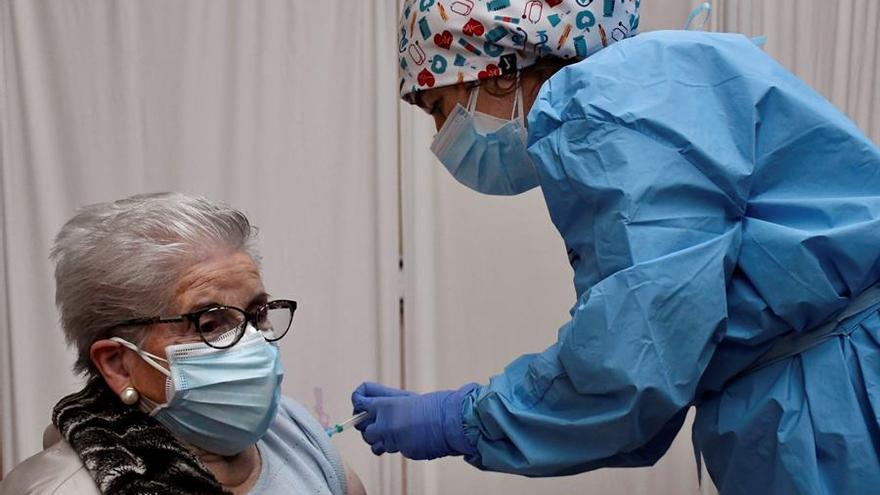 The Ministry of Health has registered 14,515 new cases of coronavirus. This is a higher figure than yesterday, when 10,829 were notified. In total, since the beginning of the pandemic, 3,121,687 people confirmed by tests have been infected in Spain.

Regarding the deceased, the authorities have recorded 388 new this Thursday, a rebound compared to 337 the day before, which brings the total number of deaths since March to 66,704. Of these, 1,168 have occurred in the last week.

Cumulative incidence continues to decline. This Thursday, the data is 320 cases per 100,000 inhabitants in the last 14 days, still above what Health considers “extreme risk.”

Hospital pressure also continues to decrease: as of this Thursday, there are 17,259 people admitted with the disease, that is, they occupy 13.53% of hospital beds. In the last 24 hours, 1,344 have arrived and 2,273 have been discharged. Of the total number of patients in these centers, 3,822 need treatment in intensive care units, which means that 35.39% of the places in these ICUs are exclusively dedicated to patients with this pathology.

Asturias and Castilla y León lead the vaccination, with Ceuta and Melilla at the tail

Health has notified this Thursday that the number of people vaccinated with the complete guideline against the coronavirus reaches 1,144,556 in Spain. Therefore, in the last 24 hours 25,376 people have been immunized, while yesterday they were 22,258. The rate of vaccination has slowed down in recent weeks because some communities are betting on saving doses due to possible delays in deliveries from pharmaceutical companies.

By communities, Asturias and Castilla y León continue to lead the way, the territories in which a higher percentage of inhabitants has been inoculated with the double dose, both with 3.46%. At the tail end, the autonomous cities of Ceuta (1.21%) and Melilla (1.49%) are one more day behind the most, followed by the Balearic Islands (1.64%).

Since the vaccination campaign began, Spain has received and distributed 3,622,165 doses among the autonomous communities, of which 2,782,751 have been administered, representing 76.8% of the total.

Of the vaccines administered so far, 2,615,838 correspond to the one marketed by Pfizer-BioNtech, the first brand that was authorized in Spain, 120,042 are from Moderna and 46,871 from AstraZeneca-Oxford.

Pharmaceutical Pfizer has reported that the South African variant of the coronavirus could reduce the effectiveness of its vaccine. A study has found that the protection of antibodies in the vaccine could be reduced by two thirds.

All this in a day in which the delay of the curfew in Madrid has come into force, at 11:00 p.m., as well as the closure of the hotel business, which lasts until that moment, although it will not be able to receive customers after 10:00 p.m. The measure comes when the Community tops the list of infections and its occupation in ICU continues to grow. Despite this, the Government of Isabel Díaz Ayuso has ignored the call for “prudence” and “responsibility” of the Ministry of Health, other CCAA and experts: “We must differentiate the trend, which is good, from the situation overall, that is still very bad ”

What’s more, it also relaxes restrictions Castilla y León, which has lifted the provincial perimeter closure and has decided to increase the capacity in religious temples to a third. Or Aragon; in this case, the Minister of Health announced at a press conference the elimination of the perimeter confinement of the city of Zaragoza and Calatayud. On the other hand, he has expressed, the cities of Teruel and Alcañiz and the provincial and regional confinements remain closed.

Alcañiz has decimated its cumulative incidence in less than a month, to 118 cases per 100,000 current inhabitants. As of tomorrow, the town will continue with the confinement but will have the same restriction measures as the rest of the territory: opening of the interior of hotels, restaurants and sports centers with a capacity of 30% and the limitation of non-essential activity until 8:00 p.m. from Monday to Thursday and until 6:00 p.m. from Friday to Sunday.