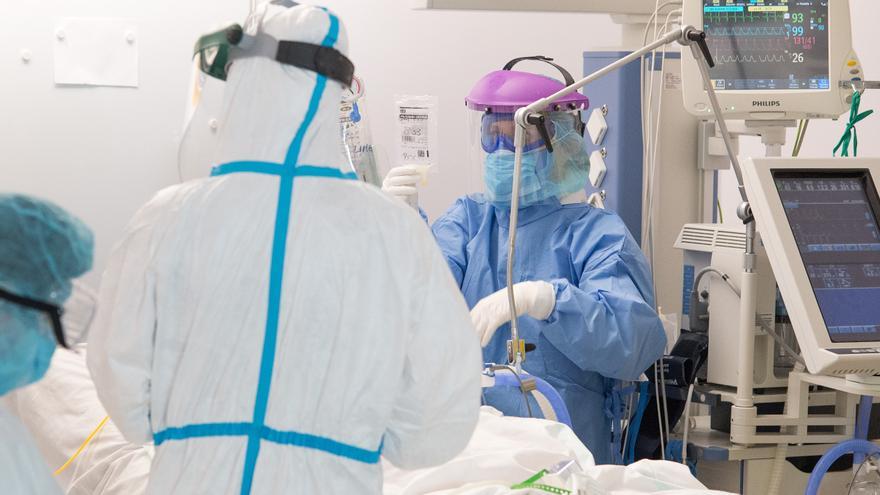 The Ministry of Health has registered 37,889 new cases of coronavirus since Friday, of which 3,175 have occurred on the last day. The community with the most cases nationwide is Catalonia, with 8,652 (218 detected between yesterday and today). In total, since the beginning of the pandemic, 974,449 people confirmed by test have already been infected in Spain.

Regarding deaths, the health authorities have added 217 new ones to the total balance, which brings the deaths with COVID since March to 33,992. Of them, 459 have been in the last week.

Those hospitalized continue to rise. In all of Spain, the total balance has increased by 1,699 and stands at 162,819. In the last week, 3,175 patients have been admitted. Of these, 531 have done so in Andalusia, the community with the most cases, 496 in Castilla y León (the second with the most patients in these centers) and and 467 in Madrid. The rest of the regions report less than 400 and the ones that have had the least are the Basque Country (two) and the autonomous cities of Ceuta and Melilla (four and six respectively).

The total of confirmed cases of COVID-19 around the planet has exceeded 40 million this Monday, according to the tally produced by Johns Hopkins University. In total, since the beginning of the pandemic, the world has registered a cumulative 40,050,902 infections, although it is likely that the real figure is much higher, since the statistics depend largely on the number of diagnostic tests carried out. The total number of deaths stands at 1.13 million. More than 27.4 million people have recovered.

In Castilla y León, the Junta has decided to close again Aranda de Duero (Burgos) after detecting community transmission, according to the Official Gazette of Castilla y León (Bocyl). The perimeter closure begins at 00:00 on this Tuesday, October 20, 2020 and will remain effective for 14 calendar days, which may be extended if the evolution of the epidemiological situation so requires. Aranda was already confined between August 7 and 21 due to the high incidence rate.

Further, in Aragon the entire community joins level two alert, with a cumulative incidence of 505 cases per 100,000 inhabitants and in the city of Zaragoza 465 per 100,000 inhabitants in the last 14 days. The ICU occupancy percentage is around 40% and the percentage of positives is 18%. “It is not a good situation, it requires us to take action now and we have considered it appropriate and appropriate to establish an alert level two for the entire community,” explained the Minister of Health, Sira Repollés.

Too Catalonia tightens restriction measures to reduce coronavirus infections: shops that open 24 hours a day will close at 10 at night. The measure, which will be evaluated this Monday by the Procicat – the committee that manages the response to COVID-19 right now – aims to limit the possibilities of buying alcohol and thus reduce bottles and parties at home.

According to the Minister of the Interior, Miquel Samper, in an interview on Radio 4, the measure also aims to avoid having to resort to the curfews decreed in Paris and other French cities. “What we cannot do is not look at Belgium, not look at France and if they do, see why they do it and what results it has,” he said.

Why Salesforce Buys the Productivity Tool Slack for € 22.96 billion