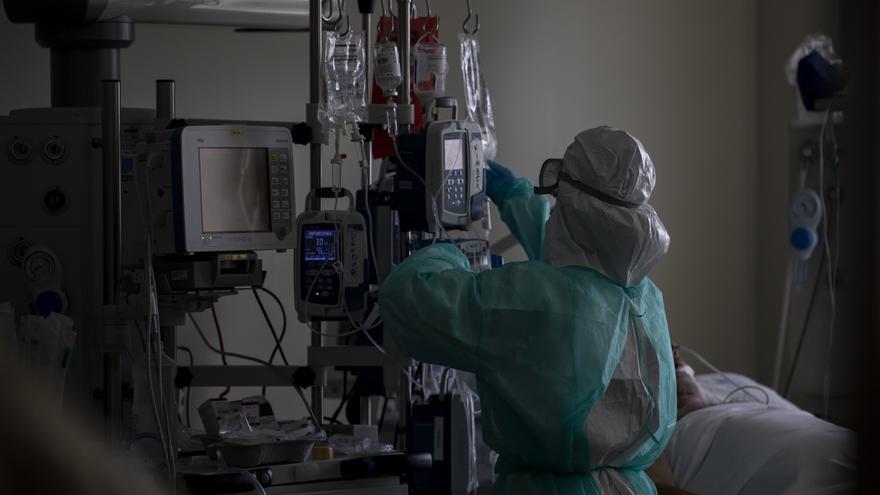 The Ministry of Health has registered 21,908 new infections of coronavirus, of which 9,606 have occurred in the last day. At the national level, the community with the most cases is Catalonia, which has added 5,258, 1,238 between yesterday and today. In total, since the beginning of the pandemic, 1,306,316 people confirmed by tests have been infected in Spain.

In addition, the health authorities have added 368 new deaths to the total balance, which now stands at 38,486. Of them, 1,002 have died in the last week.

This Thursday, The Minister of Health, Salvador Illa, has said that he expects the COVID vaccine to begin to be distributed in Spain in just under two months. However, it will be necessary to wait up to another five months until there is a significant percentage of the vaccinated population that allows the pandemic to be tackled with new effective tools. As he explained to the media during a visit to the pharmaceutical laboratories that the Zendal Group has in Galicia, Spain has already closed contracts with a delivery date with three laboratories. Everything happens now because the drug authorities give the green light to the remedy. According to Illa, “If they have not passed the clinical tests they will not be administered. It is not enough that the vaccine is safe, it must be effective.”

On the other hand, In Catalonia, the night curfew will be extended for another 15 days from this Sunday, when the first period approved on October 25 ends. The Minister of Health, Alba Vergés, has taken it for granted in an interview on Ràdio 4 and in a subsequent press conference together with the Minister of the Interior, Miquel Sàmper, waiting to be validated by Procicat, the body that manages the pandemic .

“What works we will not touch until we clearly have the rhythm we want,” argued Vergés, referring to a speed of infections that has recently been reduced (the R index is already below 1) but they fear that shoot again. In this sense, the councilor has added that they are evaluating the permanence of the rest of the restrictive measures. On the one hand, there is the closure of restaurants and bars, in force for three weeks, and on the other the perimeter confinement measures of municipalities at the weekend and the closure of theaters and cinemas, in force since last Friday. Asked by both, the councilor has avoided deciding if they will be extended and has repeated that they will go “step by step”.

In the same vein, the vice president of the Junta de Castilla y León has spoken, Francisco Igea. He has advanced this Thursday that the curfew in force until November 9, will be extended. He has also recognized that on previous occasions, the measures imposed by the autonomous government “have been lifted too soon and there have been subsequent outbreaks.” From now on, and with the Community in a “serious” situation, the measures will be maintained until the data show a “stable and sustained” decrease in the incidence of cases. In this way, night activity, outside of work obligations, will continue to be paralyzed between 10 p.m. and 6 a.m. until November 23.