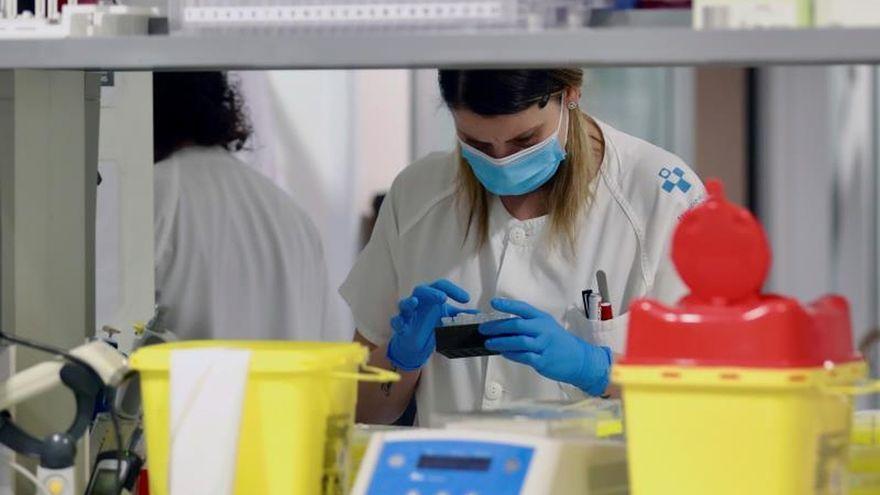 The Ministry of Health has registered 3,632 new cases of coronavirus, of which 1,418 have been diagnosed in the last 24 hours. The community that has reported the most infected this Tuesday is Madrid, with 486, of which 190 have been detected between yesterday and today. In total, since the start of the pandemic, 326,612 people have been infected with COVID-19 confirmed by tests.

After Madrid, Aragon is the second region that has reported the most new cases: 461 - of which 448 have been confirmed in the last day. Catalonia also stands out, with 443 new positives, of which 100 correspond to the last 24 hours.

In addition, the authorities have added five deaths to the total balance, raising the figure since March to 28,581. Of them, 64 have died in the last week.

In Catalunya, The Health Department considers the multiple outbreaks that have arisen in the community in recent weeks "stabilized". It was announced this Tuesday by the Secretary of Public Health, Josep Maria Argimon, who assured that "it is a first objective achieved".

"The curve and contagion rates rose too quickly and steeply," he said about the previous weeks in Catalonia, when both he and the president of the Generalitat, Quim Torra, announced that "ten critical days" were coming. determinants for outbreak control. "We have managed to stabilize this trend," Argimon added. However, he has warned that not all the work has been done and has appealed to the "collective and individual" responsibility of the citizens of Catalonia to continue reducing the cases and rates of contagion in the coming days.

On the other hand, in Madrid, Seven of the elderly people transferred last Thursday to the Casablanca residence in Valdemoro and from the San Marcos residence in San Martín de la Vega, have also tested positive for COVID-19 after having carried out new PCR tests, as reported by sources from the Ministry of Health of the Community of Madrid. Another five people from the San Marcos residence tested positive on Sunday after being transferred to the Las Vegas residence and day center in Ciempozuelos.

In Zaragoza, The Army has installed a triage tent to support the Lozano Blesa University Clinical Hospital. The objective is to be able to expand the available spaces and establish with greater security guarantees the care circuits for patients with suspected or confirmed coronavirus infection of those who enter with an emergency of another type. As reported by the Ministry of Defense, it will be executed in an assigned area that will have about 400 square meters where 16 tents (modules) and two ablution containers (bathrooms, showers) will be deployed, as reported by the Ministry in a note from press.