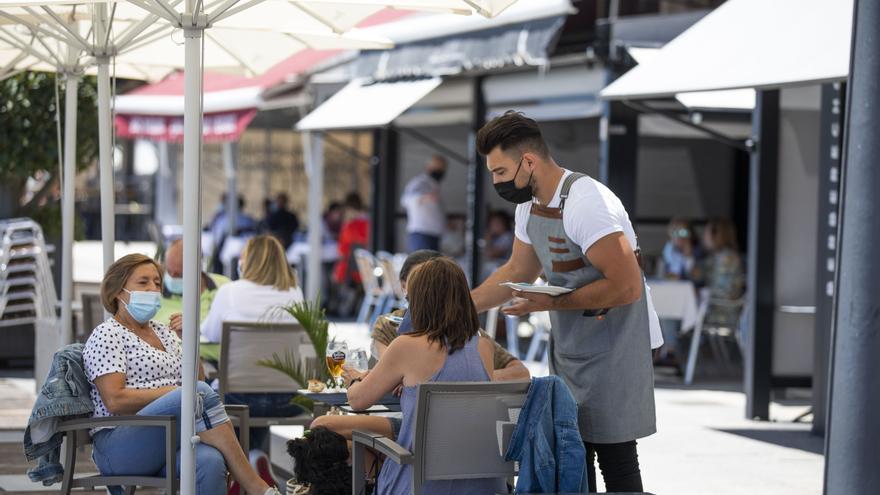 The Ministry of Health has notified this Tuesday 3,504 new infections of coronavirus and 73 deaths reported by the autonomous communities since Monday. The incidence rate continues to decline and this day stands at 113.45 cases per 100,000 inhabitants in the last 14 days, 2 points less than yesterday. Although in recent days the downward trend has slowed down, this indicator, one of those that marks the evolution of the pandemic, has not risen since last April 26, when it reached 235.59 cases.

The number of 3,504 new cases of COVID-19 reported this Tuesday is lower than the 4,975 reported on Friday, the closest day with which it can be compared, and represents the lowest daily contagion data since August 12, 2020, almost 10 months ago. Last week, new cases ranged from 4,388 reported on Tuesday to 5,250 on Thursday. Since the beginning of the health crisis, 3,711,027 people have been infected in Spain.

Health has added 73 deaths to the total balance in the last day, raising the total number since the pandemic began to 80,309 deaths. Of them, 112 have died in the last week. Last Tuesday, the number of people who had died in the previous seven days was 64 and the previous one, 141. Hospital occupancy remains in parameters similar to those of Monday: 3.14% of plant beds occupied by COVID patients and 11, 42% in the case of ICUs. They are 3,880, the lowest figure since August 15, and 1,088 people, respectively.

The accumulated incidence rises this day only in Andalusia (188), Asturias (70) and the Canary Islands (68) and only Andalusia, Euskadi (181) and La Rioja (212) are above the 150 incidence cases that mark the high risk of contagion barrier. By number of new cases, those that reported the most are, again Andalusia, with 1,048 cases; the Community of Madrid, which adds 569 to the total balance; and Catalonia, which adds up to 574.

More than half of those over 50, with the full guideline

More than half of those over 50 years of age, a total of 9.6 million people, have already received the complete vaccination schedule in Spain. In addition, of that age range, 89.5% have at least the first dose of the vaccine, according to the latest data from the Ministry of Health; 100% of those over 80 are fully immunized; as well as 94.3% of those between 70 and 79 years old.

The autonomous communities have administered a total of 30,472,862 doses of any of the vaccines against COVID-19 and after the 465,056 vaccines administered in the last day, 42.3% of the total population, 20 million people, have at least one dose of the vaccine. In addition, 23.7% of the population, 11.2 million people, already have the complete pattern necessary to achieve maximum immunity.