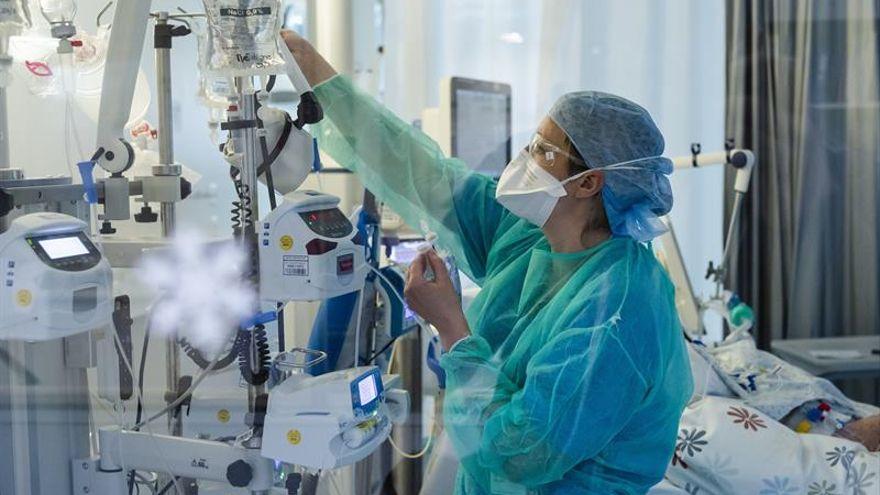 The Ministry of Health has reported 31,785 new cases of coronavirus registered since Friday. This is a slightly higher figure than that reported last week, when authorities reported 31,428 cases over the weekend. In the balance published this Monday, there are 2,425 cases diagnosed in the last day and a total of 748,266 people infected since the start of the pandemic.

According to the latest data, 31,411 people with COVID-19 have died in Spain since the health crisis began. There are 179 more deaths than on Friday. In the last week, 359 deaths have been reported.

As for hospitalizations, 2,249 people have been admitted during the last seven days. Most have been in Andalusia (507), Madrid (303) and Castilla y León. The rest of the communities are below 200 incomes in the last week. In that period of time, 163 people have required admission to the ICU, mainly in Cantabria (32).

Evolution of cases, deaths, hospitalizations and those admitted to the ICU accumulated during the last week

After last week’s disagreement between the Government of the Community and the State, with simultaneous press conferences, just a few days after the meeting between Sánchez and Ayuso and the launch of a joint commission – whose spokesman Emilio Bouza resigned on Saturday48 hours after being appointed, the Minister Illa and the Minister of Health Enrique Ruiz Escudero met again this afternoon to discuss prevention measures. Escudero has considered this Monday that “the situation does not exist” so that the central government has to intervene in the region.

The Minister of Health, Salvador Illa, reported at a press conference that “in the autonomous community of Madrid there is community transmission.” “It should not be taken as a game,” Illa insisted, lamenting that the region “has not taken control of the pandemic” and has asked President Ayuso “let yourself be helped”.

“The measures recommended by the Ministry of Health are those that we consider to be applied immediately,” added the Minister of Health. Specifically, extend the restrictions to the entire capital and municipalities with an incidence of more than 500 infections per 100,000 inhabitants, prohibit bars from serving at the bar and reduce the capacity of the terraces to 50% throughout the territory.

Illa, now emplaced this Sunday the Madrid government to “review the measures” applied during the last week and to follow the recommendations of the central executive. “We are confident that in the next few hours or days” the Ayuso government will rectify, “if not, we will see what we do,” he said in an interview on LaSexta.

Simultaneously, President Díaz Ayuso showed his rejection to the Health proposal. In an interview on Antena 3, the regional leader said last night that it was necessary to go to “creative intermediate formulas” to fight the virus because “Madrid cannot be closed.” “We need the law and enforcement of the State Security Forces and Bodies to help us enforce these quarantines. If all those infected are confined, we will soon bend the curve,” he insisted.