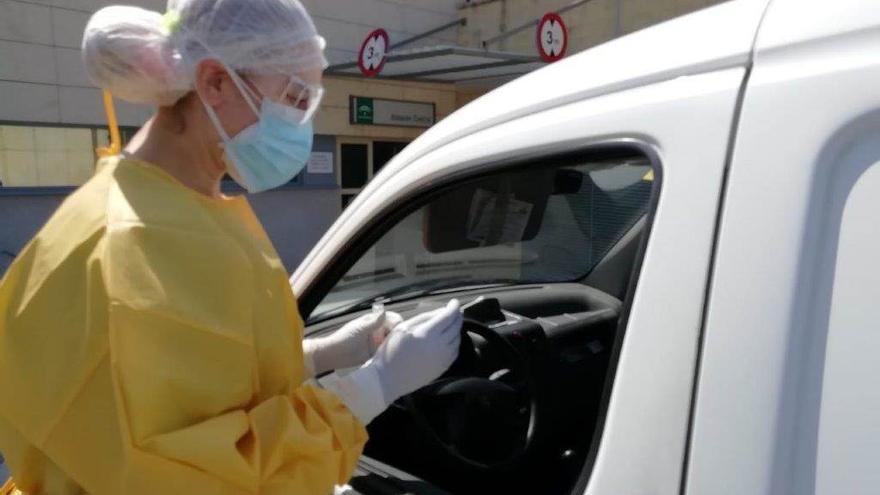 The Ministry of Health has registered 2,953 cases of coronavirus, 1,792 diagnosed in the last day, not counting data from the Basque Country and Castilla-La Mancha, which have not recorded data, in the case of Euskadi, by local festivity. 1,178 were notified yesterday. Of the 2,953 cases, 771 have occurred in Catalonia, 657 in Aragon and 613 in Madrid. Since the start of the pandemic, 305,767 people confirmed by tests have been infected.

In addition, the authorities have added a deceased to the total balance, bringing the figure since March to 28,499. Of these, 25 have died as of the last seven days.

Until now, Simon explained this Monday, the rises came mainly from Aragon and Catalonia, which reached 70% of the totalBut there are some other communities “in which outbreaks are being identified that in principle are being controlled, but they still mean a certain level of community transmission” that “at some point may get out of control.” The situation is not comparable to March or April, when the notification system was different and PCR was only performed in the most serious cases; now more are tracked and more cases are found, which means that between 60% and 70% are asymptomatic or presymptomatic. However, the “progressive increase” in various communities “must be followed closely”, the epidemiologist warned.

If we look at the cases diagnosed in the last seven days, an indicator more stable than the daily one, the increase in Catalonia seems to have stabilized, although it continues to accumulate the greatest number of positives. However, four weeks ago it registered more than half of the new cases and now they are a third. Aragon and Madrid follow, that has doubled the number of infections in the last week compared to the previous one. Basque Country and Andalusia are the other two communities that exceed 1,000 cases in the last seven days and with significant growth. Navarra, where several outbreaks triggered infections, has softened and infections have decreased, although the incidence per 100,000 inhabitants remains one of the highest in the country (63).

The one in Aragon is the most worrying situation right now, when a key week has started after the spread of infections, especially in Zaragoza, where the vast majority of new cases accumulate. In addition, the nursing homes are once again in the spotlight, with fifty cases. The health authorities are trying to stop the regrowth by means of generalized measures in almost all the territory and in which the capital, along with three other regions, was already immersed. It is considered that, although there are some hot spots, most of the community may have community transmission, as explained by the Minister of Health, Sira Repollés, who has stressed that “for the moment” they do not contemplate confinement.

Experts stress that the situation in Aragon is worrying because when there is “an upward trend that does not finish cutting, something is escaping,” explains Elena Martínez, vice president of the Spanish Society of Epidemiology (SEE). However, they point out that it is necessary to give time, at least 14 days, for the measures to take effect, something to which all Aragonese officials and also Fernando Simón, director of the Center for Health Alerts and Emergencies, now turn their attention. This Monday he indicated that “important measures” are being taken that “have to have an impact.”

Where these 15 days have already passed since the implementation of the toughest restrictions has been in Catalonia, which seems to have softened the rate of increase in infections. The transmission level is still high, but lower than in the previous weeks. Still, information from the Generalitat reveals that the risk of regrowth, although it has been reduced, remains high.

All eyes are also on Madrid, which is still in the ascendant phase of new infections. With data from this Tuesday, the infections diagnosed are more than double that of the previous week. The truth is that the community has approved a plan of restrictive measures and it has done so when the incidence was even lower than that registered in Barcelona when the limitations were imposed, but experts fear that the situation will get out of control because, for the moment, Follow the trail of positives of the Catalan province and it faces the same cocktail of mobility and population with a staff of trackers that, according to unions and professional associations, continues to be deficient despite reinforcements.