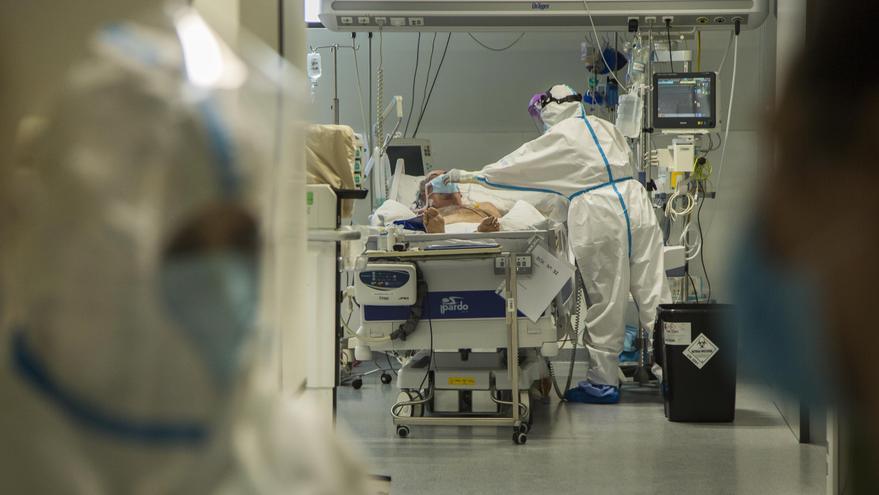 The Ministry of Health has registered 18,669 new cases of coronavirus, of which 5,141 have occurred in the last day. At the national level, the community with the most infections is Catalonia (5,589), despite the fact that its figures correspond to October 31 and November 1. In total, since the beginning of the pandemic, 1,259,366 people confirmed by tests have been infected in Spain.

Regarding the deceased, Health has added 238 new to the balance since March, for which there are already 36,495 total deaths. Of these, 832 have occurred in the last week.

At the same time, there are 2,754 coronavirus patients admitted to the ICU. This translates into an occupation of 29.17% of the beds. Of the total admissions to intensive care units, 369 have occurred in the last seven days. In this case, the figures for Galicia (45), Andalusia (40), Castilla y León (37), Navarra (33), Asturias (33), the Valencian Community (29), Murcia (26), Aragón (26) stand out. ), Extremadura (21) and Catalunya (20). In the rest of Spain there have been less than twenty and neither the autonomous city of Melilla nor the Basque Country have had any.

This Tuesday, the first vice president of the Government, Carmen Calvo, has rejected a home confinement for now in the line that the Principality of Asturias has already claimed. “We understand that some community has a proposal of that nature in its registry, but also as the Government of Spain we think that we are verifying the measures we have taken for November 9,” Calvo replied in an interview on Canal Sur Radio in reference to the measures contained in the alarm decree, including the curfew, the limitation of social gatherings to a maximum of six people or the perimeter closure of the communities. “We are going to try that that does not arrive”, has sentenced Calvo, who has asked not to “advance phases”.

Further, The President of Castilla y León, Alfonso Fernández Mañueco, announced this Tuesday the total closure of the hotel and restaurant industry from 00.00 next Friday, a measure that elDiario.es already advanced last week. In an extraordinary Governing Council, it has also been agreed to close shopping centers and parks and establishments of more than 2,500 meters with direct and independent access from abroad and retail trade will remain open with the current capacity measures and those shops selling goods of First need.

The centers for the practice of physical activity indoors will also be closed and attendance at sporting events that are not held outdoors will be prohibited and visits to centers for the elderly and minors will be suspended except for exceptions that the president has not specified. The measures, which will come into effect from midnight this Friday, are subject to judicial ratification and will be in force for at least 14 days.

On the other hand, In Ceuta, the president, Juan Jesús Vivas (PP), has announced to the spokesmen of the parliamentary groups that this Wednesday he is going to request the Ministry of Health the home confinement of autonomy as well as the closure of non-essential economic and social activity. The advance of the pandemic in the city, as well as the pressure on the University Hospital have been their arguments for requesting this measure. Ceuta, in this way, will become the third autonomy to claim this measure, after Melilla and Asturias.