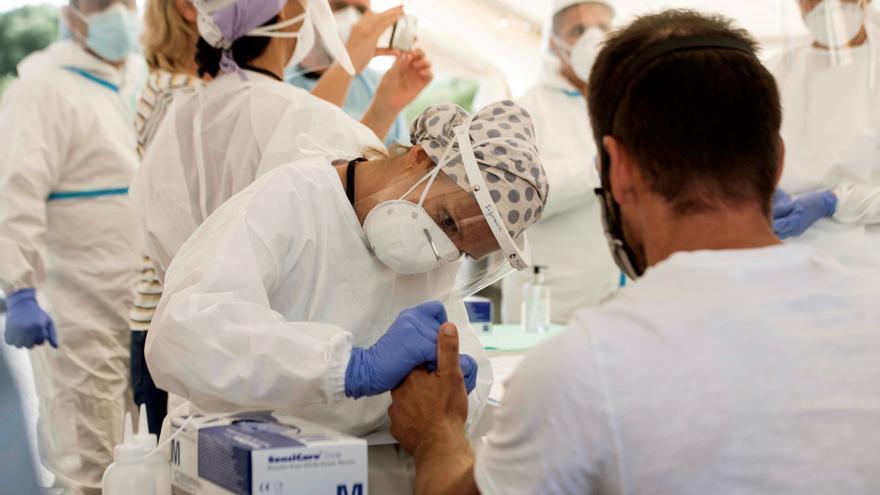 The Ministry of Health has registered 11,291 new cases of coronavirus, of which 4,541 have been detected in the last 24 hours. Madrid continues to be the community that reports the most infections nationwide: it totals 3,841 and 1,613 between yesterday and today. In total, since the beginning of the pandemic, 625,651 people confirmed by tests have been infected.

Regarding the deceased, Health has added 162 to the total balance, which raises the figure since March to 30,405. Of these, 419 have died in the last seven days.

Cases of coronavirus in the world are approaching 30 million –It is 29.6– according to the data of this Thursday from the World Health Organization (WHO). In addition, 4,520 deaths with coronavirus have been recorded in the last 24 hours, bringing the total worldwide to 936,521.

In Castilla y León, the regional government is considering new restrictive measures to stop the advance of COVID-19. The Minister of Health, Verónica Casado, has stated that the epidemiological situation “is worrying” and that action must be taken. In addition, he has referred to the increase in cases in Íscar and Pedrajas de San Esteban, two municipalities of Valladolid that were confined 14 days at the beginning of August and that could return to phase 1. To questions from the media about this Possibly, the counselor has commented that she had not yet contacted the Public Health Directorate so she could not confirm it. However, according to Europa Press, which cites sources from both localities, the Board has already communicated this decision. Both municipalities have a population close to 10,000 inhabitants.

On the other hand, the president of the Junta de Andalucía, Juan Manuel Moreno, has asked this Thursday that meetings be avoided in this second wave “whenever possible”, even if they are familiar, since he has warned that in agglomerations in which “a safe environment” is perceived and there is relaxation “there are always more possibilities” of contagion.

Regarding the situation of the residences, –where there were six deaths this Tuesday– he explained that there is a “very strict” protocol in which “practically no one is allowed to enter or leave” and has pointed out that the majority of residents who has tested positive are asymptomatic, something that was not detected in the first wave, because so many tests could not be done.

An earthquake of more than 5.5 in La Palma is not contemplated: “It would be very rare”