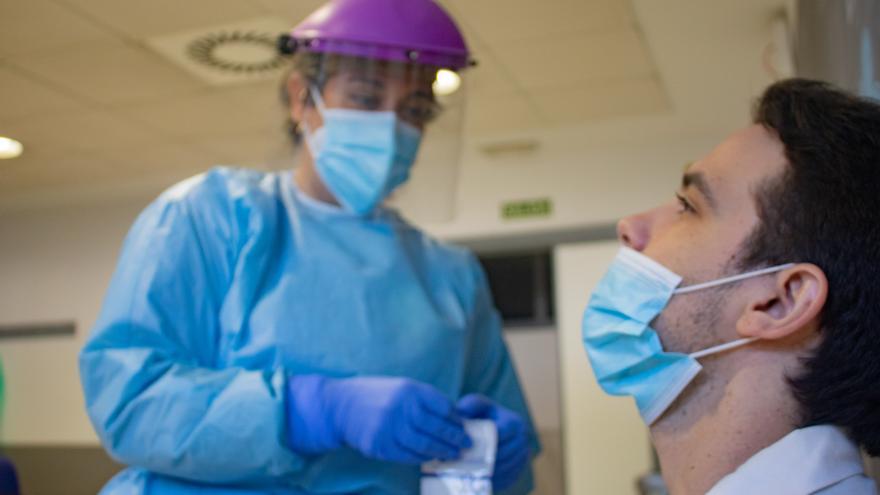 The Ministry of Health has registered 13,873 new cases of coronavirus, of which 5,314 have been diagnosed in the last day. The community with the most infections in all of Spain in the balance of this Tuesday is Catalonia, with 2,692 (330 between yesterday and today). In total, 988,322 people confirmed by tests have been infected since the beginning of the pandemic.

Regarding the deceased, the health authorities have added 218 to the balance since March, which already exceeds 34,000 since the start of the pandemic and stands at 34,210. Of these, 553 have died as of the last seven days.

The head of Health, Salvador Illa, appeared this Tuesday after the council of ministers to report on the situation of the pandemic in Spain. “The second wave is no longer a threat, it is a reality,” he began, after reviewing national and European data. Afterwards, the minister has confirmed that he will not extend the state of alarm on the Community of Madrid imposed to limit mobility, which expires on Saturday.

But this Tuesday the regional government has publicly requested that the central government help them establish a ‘curfew’ in the region from midnight to 6am. And that “is a measure that we have seen applied in some European countries” but that, again “requires a state of alarm”, “given the legal information we have, the 1986 Health Law would not be enough” . In any case “we are going to analyze it” and “study it” with the communities, Illa has promised. “It is a decision that is far from being taken”, but “we are open to everything.”

On the other hand, In Castilla y León, the Board has extended the perimeter closure established on October 7 in León, Palencia and San Andrés del Rabanedo (León) for another 14 days. The extension occurs after not having lowered the accumulated incidence and the municipalities, therefore, will continue to be confined until November 3, at least, since the order takes effect this midnight.

Further, In Cantabria, the Government will approve this week a “package of measures” to “limit social activity” in the face of the significant increase in COVID-19 infections, including limiting capacity and reducing the number of people who can share a social activity, which now stands at ten.