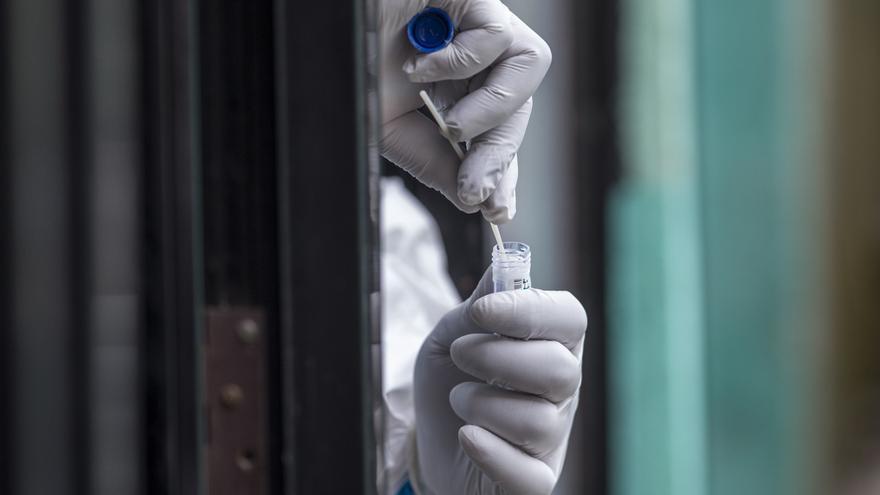 The diagnoses in Spain do not stop rising. The Ministry of Health has just added 1,361 cases to the coronavirus balance since the pandemic began. Of these, 580 have been registered in the last 24 hours. The rest comes from the data that the autonomous communities have been updating with respect to previous dates. Thus, of the total of new cases incorporated into the statistics, 718 come from Catalonia, and another 273 from Aragon. In addition, Andalusia has incorporated 90 cases and Madrid, 85.

Regarding the last 24 hours, Aragon added 266 of the new 580 cases. Catalonia follows, with 142 new infections registered. Other communities with a high number of new cases are Andalucía, with 27, Castilla-La Mancha, with 24. and Comunitat Valenciana, with 23.

The death toll from coronavirus in Spain reaches 28,416, adding three in the last 24 hours and nine in the past seven days. In the last week, 196 patients with COVID-19 have required hospitalization and 17 have needed ICU care.

In this way, Spain accumulates a new increase in the number of cases registered in the previous seven days. The weekly infections have not stopped growing since last July 8 and today it has already added 5,128 diagnoses in the last seven days. In the best of times since this crisis began, reached on June 20, the data for weekly infections stood at 1,450. In other words, the current figure is 3.5 times higher.

The Ministry of Health intends to approve this Thursday in an inter-territorial council with the autonomous communities the plan he presented to you on Monday to deal with outbreaks. It is a unified rapid response protocol to COVID-19, designed for a “control” scenario, which is what we find ourselves, they defend, after a spring of “mitigation.” The regional councilors could present amendments until Wednesday, and this Thursday they and Minister Salvador Illa will accept them or not. The objective is to provide a legal and epidemiological framework to act, which passes through three levels: the competences of the Communities, which have almost all of them in health; the coordination of the Ministry when a situation involves two or more regions and therefore it is necessary to make coherent decisions; and a new state of alarm, the last resort and what is sought to avoid.

The intention of the Ministry during all this time is, in addition to carrying out a daily monitoring of the infections, to carry out a weekly evaluation with each community of the “risk” of the transmission of the virus, which is not expected to be controlled until there is a vaccine That is to say, at least in a year according to the forecasts. This evaluation will take into account several values: the territorial scope of which it is spoken – it will not be the same as there are a series of infections in the same locality that are spread over several regions; the healthcare capacity that is available; the possibility of imported cases –for example, due to the tourist influx of an area–; the situations of greatest exposure – the events to be held; the population susceptible to infection and whether it is more or less vulnerable; and the prevention measures that are implemented. Based on all this, three scenarios will be considered on which to act, from least to most serious.

On the other hand, has launched the system that will track the coronavirus in sewage that circulate under the sewers. After experiences developed in autonomous communities and municipalities, the Government has given the green light to a national network that will be distributed, in principle, at 30 points, as reported by La Moncloa. Three dozen treatment plants from which samples will be taken weekly to analyze in the laboratory and to measure the rhythm of the epidemic in our country. The project, coordinated by the Ministry for the Ecological Transition and the Demographic Challenge and the Ministry of Health, will be launched next week with the stations of the Community of Madrid, the Basque Country, Galicia, Extremadura, Navarra and Asturias.