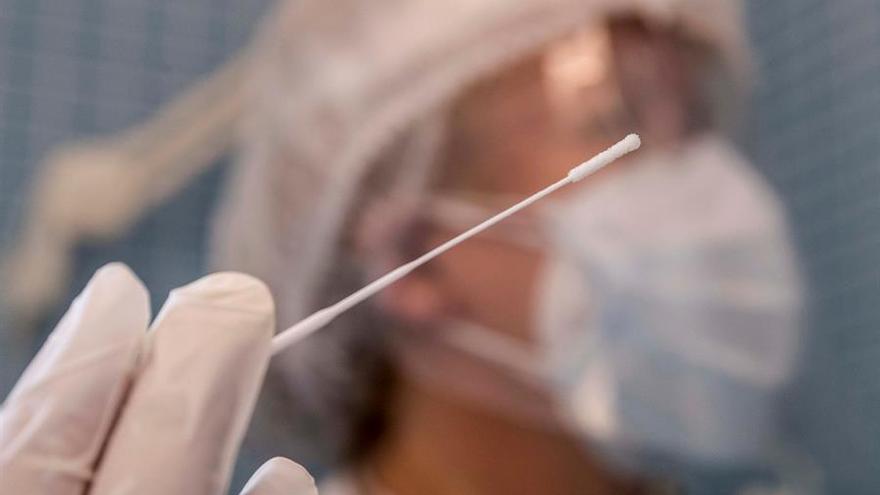 Coronavirus infections have set a new record in Spain: the Ministry of Health has registered 12,183 new cases, of which 4,708 have been diagnosed in the last 24 hours. At the national level, the community that has reported the most this Friday has been Madrid, with 4,195 (1,427 of them between yesterday and today). In total, 566,326 people confirmed by tests have been infected since the beginning of the pandemic.

Regarding the deceased, the authorities have added 48 to the total balance, bringing the figure since March to 29,747. Of these, 241 have died in the last seven days.

Evolution of cases, deaths, hospitalizations and those admitted to ICU accumulated during the last week

On the other hand, there have been 165 patients who have needed treatment in intensive care units. Cantabria, Castilla-La Mancha, Euskadi and the autonomous city of Ceuta have not registered any case and the region that has had the most has been the Canary Islands, with 38, followed by Murcia, with 30, the Valencian Community, with 21; Andalusia, with 20, Galicia, with 16 and Madrid, with 12. The rest have reported less than ten cases.

The Government of the autonomous city of Melilla, at the request of the Minister of Social Policies, Mohamed Mohamed Mohand, will study requesting the declaration of the state of alarm there not for confinement purposes, but “as a legal umbrella” to adopt measures to control the transmission of COVID-19 due to the increase in cases.

At a press conference, the counselor said that the epidemiological situation in Melilla is “really worrying and complex” because in fifteen days it has gone from being the Spanish region with the “best behavior in the transmission of the virus, to being above the national average in terms of cumulative incidence per one hundred thousand inhabitants “.

The Government of Navarra is going to adopt new limitations and restrictions in the field of hospitality and social gatherings given the “worrying” increase in COVID-19 cases registered in recent weeks. The regional order that contains these measures comes into effect this Saturday from 0:00 and will last for 15 days.

Specifically, the maximum number of people who may meet in the public sphere and in catering establishments is reduced to six and the capacity of social activities such as ceremonies, wakes and funerals, worship, markets or non-training centers is limited to 50%. regulated. In the case of wedding ceremonies and in some cultural events that are going to be held this weekend, the application will be from Monday. In addition, in meetings in the private sphere, the Executive recommends limiting the grouping of people to a maximum number of six, except in the case of cohabiting people. On the other hand, bar consumption will be allowed exclusively until 12 noon, from which point it can only be consumed at the table.