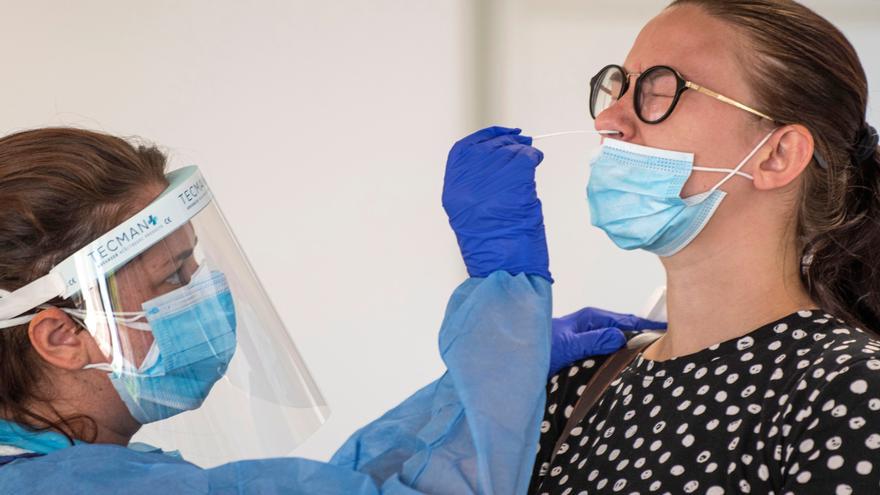 The Ministry of Health has reported 11,193 new cases of coronavirus this Wednesday, of which 4,728 have been diagnosed in the last day. This latest daily figure represents an increase after the 3,022 diagnosed from Monday to Tuesday. Since the start of the pandemic, 614,360 people have been infected in Spain.

The community that has added the most new cases to the total balance is Madrid, with 3,438, which maintains the trend of recent days. Catalonia, which did not notify data on Tuesday, has incorporated 2,841 new cases and Castilla-La Mancha, 976. Andalusia has added 929 cases; the Valencian Community, 547; and Euskadi, 441. Murcia has not incorporated data to this balance due to technical problems.

The death toll with COVID-19 also experienced a considerable increase this Wednesday. Health incorporates 239 new deaths to the daily balance, reaching a total of 30,243, of which 366 have been registered in the last seven days. Euskadi has incorporated 150 deaths to its historical series on this day. In the last seven days, 115 people with coronavirus have died in the Community of Madrid; 48 in Andalusia; 31 in Castilla y León; 28 in Galicia; 15 in the Valencian Community; 12 in the Canary Islands and ten in the Balearic Islands. The rest of the communities have reported less than ten deaths and Aragón and Cantabria have not incorporated any.

In the chapter on hospitalizations, the health authorities have reported 604 more admissions compared to Tuesday and 2,138 in the last seven days, the majority in Madrid (388) and Andalusia (383), followed by Castilla y León (207). The rest of the communities are below 200 hospitalizations in the last week.

The situation in Madrid, where the PCR positivity rate is 22.1% -the highest in Spain- worries the ministry headed by Salvador Illa, which It has been recognized at a press conference his “concern” and has urged the regional government to adopt “additional measures.”

Precisely, the deputy counselor of the Covid-19 Plan, Antonio Zapatero, has announced this Wednesday that the restrictive measures will be toughened over the weekend and that there will be “selective confinements” given “the sustained growth” of the pandemic in the region. An announcement that sources close to the president, Isabel Díaz Ayuso, have qualified by stating that “no confinement” and that, in any case, the decision “will be made on Friday.”

The Government of La Rioja, where the UCIS are 90% occupied, is another of those that has joined the imposition of new limitations that some communities put in place last weekend to try to contain COVID-19 infections. Specifically, it has limited the number of people in social gatherings, leisure and free time activities and in hospitality to six. In addition, it prevents the sale of alcohol in establishments other than hospitality after 10 pm.