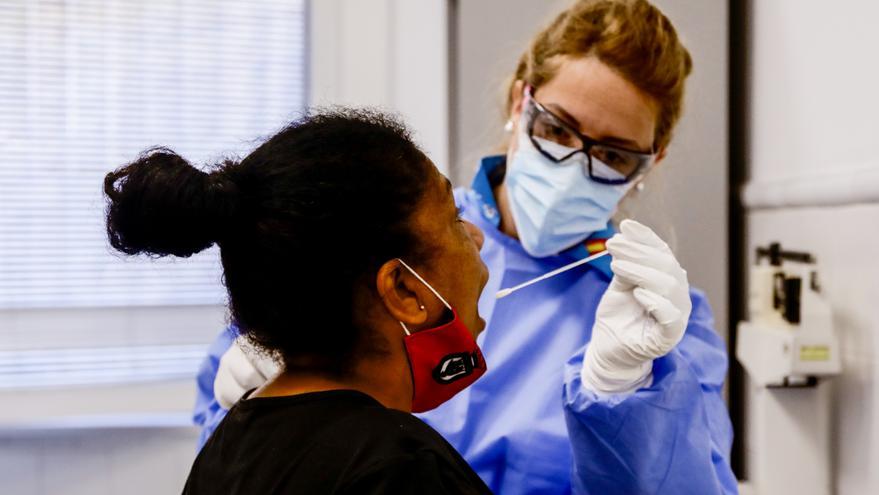 The Ministry of Health has registered 10,764 new cases of coronavirus, of which 4,137 have been diagnosed in the last 24 hours. The community with the most infections nationwide is still Madrid, which this Thursday has reported 3,841 (1,509 of which detected between yesterday and today). In total, since the beginning of the pandemic, 554,143 people confirmed by tests have been infected.

Regarding the deceased, the health authorities have added 71 to the balance since March, which increases the figure to 29,699. Of them, 249 have died in the last week.

This Thursday, The Government of Murcia has decided to confine the municipality of Jumilla and send it to a flexible phase 1 due to the high incidence rate of COVID-19 infections, above the average in the territory, which reaches 710 inhabitants per 100,000. The district of Archivel -Caravaca de la Cruz- will keep phase 1 flexible for another week despite the fact that Villegas has recognized that the contagion curve in the area is easing. In addition, and until further notice, both towns will have a return to telematics school, scheduled in the Region of Murcia for Monday, September 14.

In Aragon, the municipality of Andorra, in Teruel, will return to phase 2 with perimeter confinement from this midnight. The Department of Health is going to issue an order, which will be published in the Official Gazette of Aragon (BOA), restricting the free entry and exit of residents there, in the same terms that already happened with Ejea de los Caballeros, for seven days in order to stop the increase in cases reported in recent days.

Given this situation, it is understood necessary, as has been done previously in Ejea, the application in said municipality of the prevention measures typical of phase 2 de-escalation, until the favorable evolution of the epidemiological situation allows its reincorporation to the general regime of new normality.

This week the students from the different communities continue to return to the classrooms. In Navarra, a positive test in a school in Pamplona has forced a group of 23 students from the third grade of primary school in a public school in the capital to be confined. Students will remain in their homes in quarantine for the next ten days. They are scheduled to undergo the PCR test this Thursday, which will be performed again at the end of their quarantine even if they test negative in the first.

On the other hand, in Catalonia, last minute changes in the COVID-19 case management protocol in community schools, approved this Wednesday, include the willingness to carry out PCR tests on students in the same educational center. “Whenever possible, they will be done at school (in a ventilated place) to facilitate collection and avoid travel to primary care centers,” summarizes the document.

The transfer of the PCR tests to the centers is foreseen for those cases in which a student from a stable group has tested positive. The protocol even specifies that if the detection of a positive occurs on Friday, Saturday or Sunday, the screening of the rest of the class will take place on Monday at school.