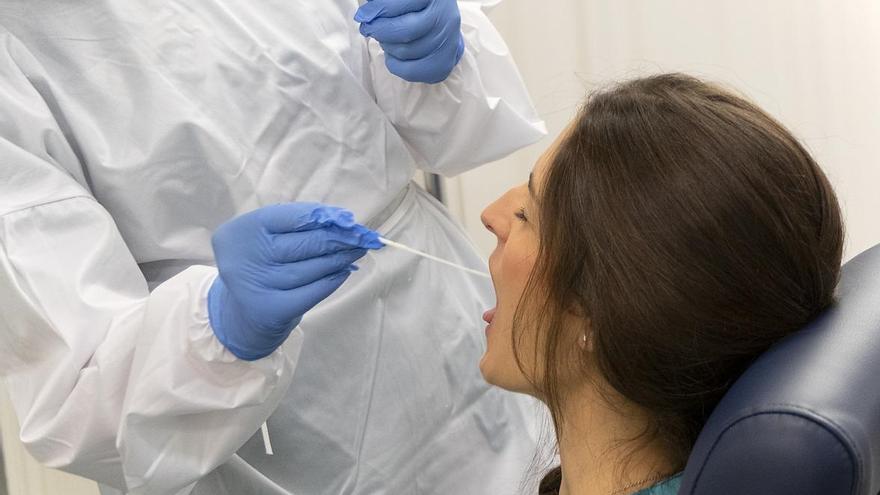 The Ministry of Health has notified 10,491 new cases of coronavirus this Wednesday, of which 5,075 have been diagnosed in the last day. This is a lower figure than that registered on Tuesday, when 11,998 more cases were added to the total balance. Since the beginning of the health crisis, 835,901 people have been infected in Spain.

The health authorities have added 76 people to the total of deaths. In total, a total of 32,562 people have died from COVID-19, 445 of them in the last week.

Madrid is once again the most affected autonomous community in recent days. The region has notified 2,853 new cases according to the latest Health balance, 27% of the positives reported throughout the country. They are followed by Catalonia (1,571), Andalusia (1486), Castilla y León (696), Murcia (653) and Castilla-La Mancha (653).

Regarding the number of deaths, the Community of Madrid has only reported six new deaths in the last 24 hours, compared to 126 on Tuesday. At the top are Castilla y León, with 20, the Valencian Community (11), Castilla-La Mancha (10), Extremadura (9) and Andalusia (8).

Likewise, 2,249 have had to be hospitalized, of which 157 have been admitted to the ICU. Madrid (369), Andalucía (165), Catalunya (133) and Castilla y León (111) are the communities that have registered the most admissions in intensive care units in the last 24 hours. Of these, only Madrid exceeds 30% of the ICU occupancy, with 40.36% of the beds destined for patients with COVID-19.

The Minister of Health Salvador Illa has taken this Wednesday to the Interterritorial Council that celebrates weekly with the regional councilors of the branch the proposal to carry out a “independent evaluation of the performance of the national health system in the face of the COVID-19 pandemic “to analyze” both the actions carried out by the health authorities during this period, as well as the strengths and weaknesses of the National Health System. ”

This meeting takes place after the disagreement last week, when the new criteria for the restrictions with voting against all the communities governed by the PP, except Castilla y León, were approved by the Community of Madrid and despite the fact that its vice president, Ignacio Aguado, had signed the previous day a preliminary agreement with the central government that President Ayuso dynamited in a few hours.

Since then, in addition to Madrid capital and nine other municipalities with more than 100,000 inhabitants in the region, perimeter confinements have been announced in other cities, such as León and Palencia, in Ourense, in Huesca or, for prudence, in Zaragoza, as well as in other municipalities with less than 100,000 inhabitants, which are not bound by the Health criteria.

Precisely, in Madrid, the incidence of cases in 14 days has dropped more than 10% in 169 of the 286 health zones in the region. However, this decrease in 60% of the areas could be artificial because it occurs according to data from the Community, which calculates the latest incidence data with 9,000 fewer cases than those notified to Health.