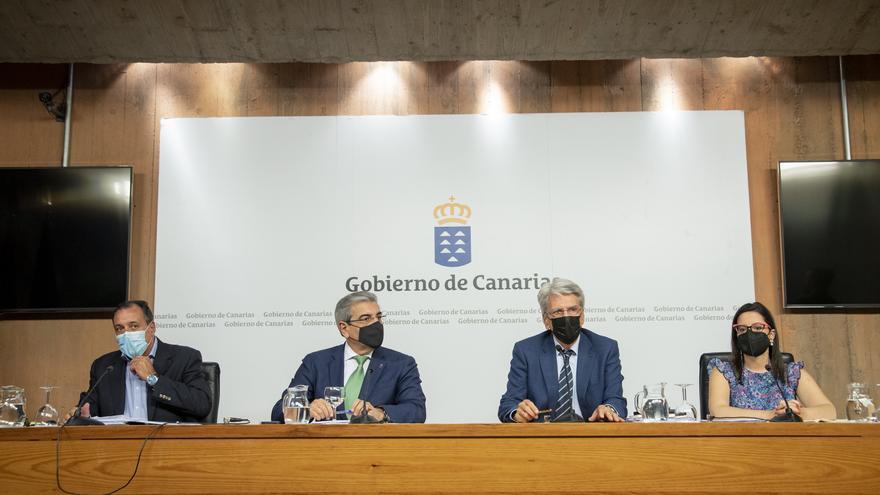 At the press conference of the Governing Council on Thursday, where the members of the Executive agreed tightening of restrictions and consequent level changes in the islands of Tenerife, which went to 4; Gran Canaria and La Palma, at 3; and Lanzarote and La Gomera, at 2, it was specified that the modifications would come into effect this Friday on all the islands except Tenerife. The reason for this exception, argued the Minister of Health, Blas Trujillo, was the implementation of modifications in the measures established for risk level 4 applied to Tenerife, where the changes would be applied at midnight from Sunday to Monday.

The statement that the Government sent with the information after the press conference was in the same vein. It literally said: “The Government agreed, therefore, that the island of Tenerife, which registers the worst evolution of the pandemic, should rise to alert level 4; the islands of Gran Canaria, Fuerteventura and La Palma pass to alert level 3 and Lanzarote and La Gomera, at level 2. Level changes take effect from today, with the publication of the traffic light by the General Directorate of Public Health, Except for the passage to level 4 due to the regulatory changes that were approved today and that will be published next Monday in the BOC. ”

In fact, the General Directorate of Public Health announced the semaphore of the level changes with a tweet before 6:00 p.m. on the same Thursday afternoon.

🚦The alert levels by islands have just been updated:

As a consequence of this communication, in Gran Canaria, Lanzarote, La Palma and La Gomera the restrictions of their new alert levels began to be applied. However, the changes could have been saved.

In fact, this noon the Ministry of Health has issued a statement, which can be accessed through the website of the Government of the Canary Islands, in which it leaves the agreements of the Government Council of Thursday in relation to the application immediate effect of the new restrictions on the islands to which it was decided to raise the restrictions to levels 2 and 3.

The new communication from the Government informs that the measures of the alert levels in each of the islands approved yesterday by the Governing Council will come into force at 00.00 hours next Monday, July 26.

Health explains that “this decision is taken to facilitate level transit and, therefore, the application and compliance with the new regulations in each of the areas involved.”

This means that, despite the approved changes, “During this weekend, the measures of the alert levels will remain as they were until now”:

Starting Monday, alert levels will be set as follows: