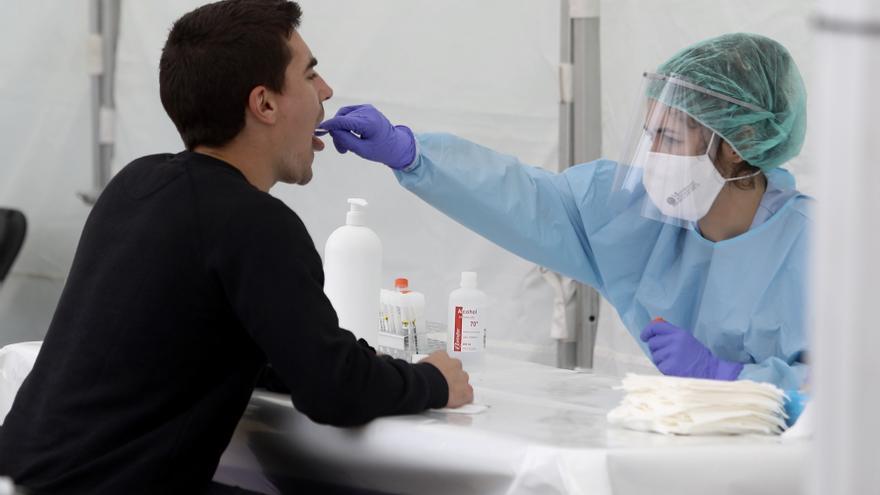 The Ministry of Health has reported 241 coronavirus infections in the last 24 hours. More than a hundred of them have occurred between Aragon (59) and Catalonia (52). In total, since the start of the pandemic, 253,056 people confirmed by tests have been infected.

The third community with the highest number of infections has been Andalusia (32), followed by Madrid (22), Castilla-La Mancha (20), Galicia (11) and the Valencian Community (10). The rest have registered less than ten cases and in Asturias, La Rioja and the autonomous cities of Ceuta and Melilla there have been none.

In addition, Health has added five deaths to yesterday's balance, so that in total the figure rises to 28,401. Of these, ten have died on the date of the last seven days.

During the last week, five ICU admissions have been reported. Most of them in Catalonia (3). The other two have occurred in the Canary Islands (1) and Murcia (1). The rest of the regions have not had ICU patients, nor have the autonomous cities of Ceuta and Melilla.

It is important to note that the data communicated in each balance sheet by the Ministry of Health are those received from the Autonomous Communities with a diagnosis on the previous day, but which may be updated in the following days as the different administrations update the data.

Two and a half weeks after the 'new normal' began, in Spain there are already 73 active outbreaks of COVID-19. Every day the number increases: on June 23 there were 12, but yesterday there were 67. The minister Salvador Illa updated this Thursday in an interview on Antena 3. On Wednesday, in another in Catalunya Ràdio, He admitted that he follows them with "concern"Although they also knew and know that "there will be outbreaks, there have been in all countries." The ones that worry him the most are the Segrià (Lleida) and that of To Mariña (Lugo), regions where the most restrictive measures have been required.

This Thursday, we have known that in the Segrià outbreak there is already a deceased. In addition, 46 new positives have been confirmed in the last 24 hours.

Elections are held on Sunday in Galicia and the Basque Country. The president of the Xunta and candidate for reelection, Alberto Núñez Feijóo, has recommended to those infected that they do not go to vote although, he said, there is nothing that prevents it. There are 256 active cases of the epidemic in Galicia. One hundred and sixty-five of them are related to the A Mariña outbreak, on the Lugo coast. The more than 70,000 inhabitants of the region, who live in 14 municipalities, remain confined, although tomorrow the Galician Government's clinical committee will review the situation.