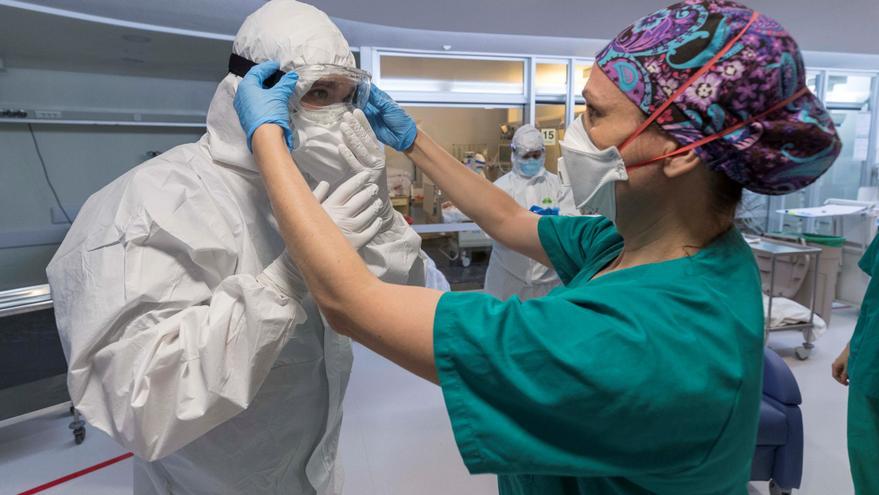 The data of the epidemic in Spain do not stop growing. The Ministry of Health has again registered a significant increase in the global number of infections from the start of the pandemic to 260,255, adding 1,400 cases. This figure does not correspond only to the last day but to the update made by the communities of previous days. As for the last 24 hours, there are 628 new diagnoses.

Catalonia continues to be the main focus in Spain, adding 647 of the 1,400 cases included in the statistics this Friday. Other communities with important figures are Aragon, another of the relevant centers, with 255, or Madrid, which adds 144 to the global calculation. If the focus is focused on the last 24 hours, the number of new infections throughout the country is 628, mainly from Aragon, with 252; Catalunya, with 121 and Madrid, with 40.

The death toll rises again, adding four deaths in the last 24 hours. There are already 28,420 people who have lost their lives to the coronavirus since the pandemic began and 10 in the last seven days. Statistics record 56 new people who have required hospitalization for COVID-19 in the last day and 228 in the past week.

The number of infections in the previous seven days continues to rise. The data for this Friday is 5,695, well above the 5,198, and with a rate of new infections significantly higher than the best days since the pandemic began, which correspond to mid-June.

Spain continues to increase its infections due to the appearance of different outbreaks throughout the country. The most complicated situation is experienced in Catalonia where restrictions had already been approved in the province of Lleida and which have now been extended to the capital, Barcelona. The Generalitat has asked this Friday for residents of Barcelona and its metropolitan area not to leave their homes, avoiding going to second homes and prohibiting meetings of more than 10 people. The opening to the public of theaters and cinema, the activity of gyms and nightlife establishments, such as nightclubs and nightclubs, as well as sports events in closed spaces are also suspended.

The situation in Catalonia and Aragon, where restrictions have also been approved in Zaragoza and Huesca, Coronavirus cases have skyrocketed to triple the figure with which Spain entered the new normal. While in the rest of Spain it is “controlled outbreaks”, in these two communities we are beginning to speak of community transmission.