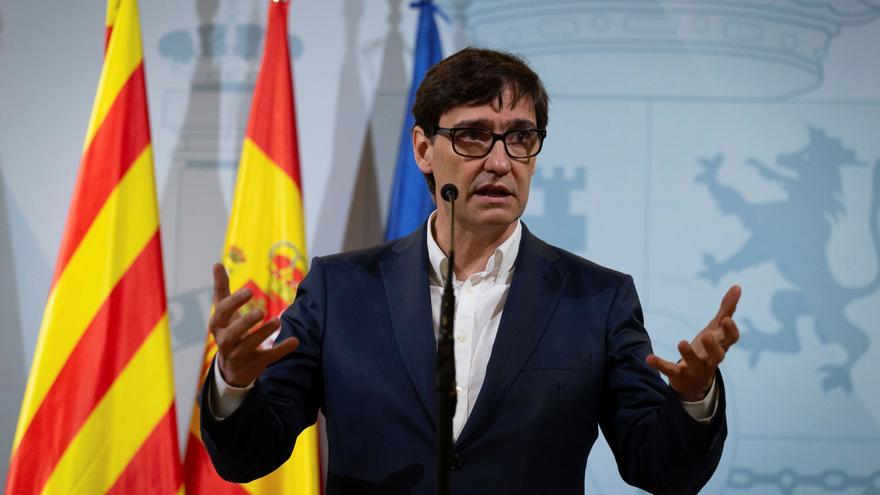 The draft of the document that the Ministry of Health is going to present to the Autonomous Communities for approval on Wednesday afternoon in the Interterritorial Council implies, for cities that meet the proposed criteria, that: the entry and exit of people from the municipalities except for reasons of force majeure; groups of people will be reduced to a maximum of 6 both on public roads and in private spaces; and the playgrounds will be closed. It does not imply that trips within the municipality cannot be made. The document does specify, to which elDiario.es has had access, various capacity restrictions in wakes (limited to fifteen people), places of worship (30%) and establishments of all kinds (50%). Communities must also “strengthen their capacities for early detection and control of the disease.”

As Minister Salvador Illa announced yesterday, the Declaration of Coordinated Actions will be applied in cities with more than 100,000 inhabitants, incidence greater than 500 per 100,000 inhabitants in the last 14 days, positivity of more than 10% and ICU occupancy above 35%. These are criteria that Madrid and nine other cities of the Autonomous Community meet, with whose Health Government agreed to start an agreement. The draft specifies that the incidence rate “above 250 cases per 100,000 inhabitants” can already be considered “an indicator of high risk of uncontrolled transmission in the affected territory” and, therefore, it should not be expected to have the rate 500, but at that point “a high level of detection capacity must be guaranteed.”

Shops will have to close at 22:00 and bars, restaurants and betting houses at 23:00, not being able to accept customers after 22:00. Bar consumption will not be allowed. There are a total of eleven restrictive measures for large municipalities that meet the criteria and two recommendations: avoid any “unnecessary” movement or displacement of citizens within these severely affected municipalities and the approval of action plans to control the spread of the virus in those territories that, although they do not meet the requirement of 100,000 inhabitants, do present an incidence of more than 500 cases, a positivity rate that exceeds 10% and an ICU occupancy of 35%.

The actions are mandatory and minimum, that is, the communities may apply extra restrictions that they deem appropriate. They correspond to what Illa had recommended for Madrid last Friday, the day the region decided to continue with restrictive measures only in the 45 health zones with an incidence of more than 1,000 cases. After days of meetings and pressure from the Government, this principle of agreement was reached yesterday, which unified criteria throughout Spain.

The text considers “urgent” the adoption of measures in the territories that meet the criteria because an incidence rate in 14 days higher than 500 cases, specifies the proposal, “doubles that considered high risk” and is a very high threshold “From which the situation can be classified as extreme.” The municipalities that exceed this indicator face a situation “of enormous gravity of the spread of the disease”. A higher rate “shows that both control and capacity-building measures” have failed to cope with the spread of the virus, the text concludes.

The regional governments will have to take the measures within a maximum of 48 hours from when the communities are aware that the parameters are in place in that municipality. They will be reviewed weekly. If the agreement is approved in the Interterritorial Council, they will enter into force as soon as the communities publish them in their respective official gazettes. Municipalities in which, even with an incidence of more than 500 cases, 90% of the positives detected are associated with non-family outbreaks “perfectly identified and controlled” are excluded from the adoption of severe measures. In any case, they must have been “conveniently communicated” to Health.