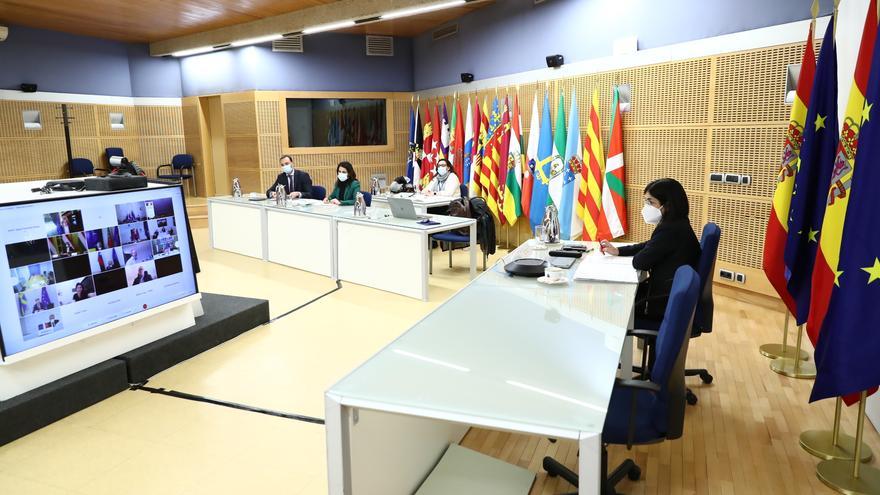 The Ministry of Health has proposed to the Autonomous Communities to administer the vaccine against COVID-19 from AstraZeneca and the University of Oxford only to people over 60 years old, EFE has advanced and has been able to confirm elDiario.es. They propose it despite the fact that, after an exhaustive safety analysis, the European Medicines Agency (EMA) has advised this afternoon to continue using it without specific age limitations. But the EMA has found a “possible link” between the application of the now called Vaxzevria (previously simply the COVID-19 AstraZeneca vaccine) and a few dozen rare cases of thrombi (among the nearly 18 million doses administered), and it will include it as a “very rare side effect” on your package insert. So far, most of the reported cases have occurred in women under the age of 60 within 2 weeks of vaccination. Although also according to the EMA, “specific risk factors have not been confirmed” and the benefit-risk remains positive.

The Interterritorial Council in which Minister Carolina Darias and the regional councilors debate each week was scheduled for early in the afternoon, but has finally started after 9:00 p.m. and has not yet finished. Both the Ministry and the communities were aware of what the EMA said, and of what came out of the urgent meeting of European Health Ministers held at 18:00. The Belgian government, after that meeting, has made public that it was limited to those over 55 years of age. In Spain, Castilla y León had cautiously suspended vaccination with AstraZeneca in those under 65 years of age, until the report was known. It has been the only autonomous community that has made a unilateral decision of this type.

Almost at the same time that the conclusion of the EMA was made public, UK Prime Minister Boris Johnson’s advisory committee has called for an alternative to the AstraZeneca vaccine to be given to those under 30 if another serum is available. The British regulatory agency, also almost at the same time, has said, in line with the EMA, that the benefits of Vaxzevria outweigh the risks for “the vast majority of people” and the risk of thrombosis remains very low. The vaccine is of Anglo-Swedish development, and the UK has based its successful vaccination campaign since December on its administration. At no time in the country has the campaign been totally or partially paralyzed, and its government has always defended its security.

The European Agency explained two weeks ago, after a first analysis, that it would continue to evaluate ‘rare’ brain thromboses in people who had received a dose of AstraZeneca, but that it was clear that the benefits outweighed the risks. The alarms were turned on this Tuesday, when the head of Vaccine Strategy of the European Medicines Agency, the Italian Marco Cavaleri, said in the newspaper Il Messagero qThere is some “relationship” between rare cases of thrombosis and the administration of the AstraZeneca COVID-19 vaccine, which will be made public in the next few hours.

Germany, as of March 30, has reported 31 cases of these rare thrombi among the 2.7 million people who have received doses of the serum in the country. That is, about 13.7 cases per million vaccinated. The Netherlands as of April 2 detected five cases in women between the ages of 25 and 55 among the 400,000 vaccinated citizens. Britain has reported 30 cases out of the 18.1 million people who received AstraZeneca as of March 24, according to the British Medicines and Health Products Regulatory Agency. In mid-March, Spain detected one. What is being studied are “cerebral venous sinus thrombosis”, but with the specific feature of being “associated with a decrease in the number of platelets in the blood”, as described at the time the director of the Spanish Medicines Agency, María Jesús Lamas.

AstraZeneca was limited for weeks in Spain only to those under 55 years of age due to lack of evidence in the elderly, and aimed only at professionals considered essential (health, teachers, firefighters, security forces and the military). Health suspended its administration for a few days in mid-March, pending that first EMA report that established that there were more benefits than risks. After resuming the process, he increased the age to 65. And currently, from the week, there is no age limit: it is being administered to the general population under 65 years of age, already essential of all ages.

Tenerife concentrates 53% of the new cases of the Archipelago