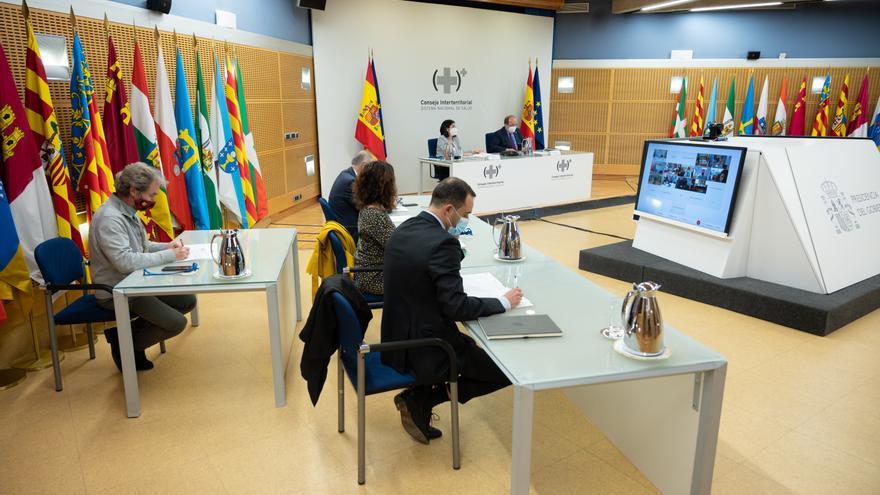 The Ministry of Health has not yet decided whether or not it deviates from the majority line of the European Union, which would be to choose to recommend the vaccine developed by the University of Oxford and the pharmaceutical AstraZeneca only to those under 65 years of age. It is the decision that France, Germany, Poland, Austria, Sweden, Italy and the Netherlands have already taken. Oxford and AstraZeneca do not have public data on the efficacy of their vaccine in those over 65, because the trials were not done with a sufficient population sample. It is the reason why these European countries opt for this option, unlike the United Kingdom, which is administering it.

The European Medicines Agency does authorize it for people over 18, with no age limit. AstraZeneca vials will begin arriving in Spain next week and will be added to the more than one million we have from Pfizer / BioNTech and almost 100,000 from Moderna. Throughout February, 1.8 million doses of AstraZeneca will arrive, Minister Carolina Darias has announced after the meeting of the Interterritorial Council.

The decision must go through the Alerts Report, by the Public Health Commission, and by the Interterritorial Council, bodies made up of health and community technicians. It was expected that today an agreement would be reached, but this has been postponed until tomorrow, in the Public Health Commission. Not authorizing it to people over 65 would modify the initial vaccination plans somewhat. The campaign has yet to be completed in residences that are already large dependents, the vast majority older, which for now will have to be immunized with Pfizer and BioNTech. Then, starting in March, it is the turn of the over 80s. If by then nothing has changed, they could not be vaccinated with AstraZeneca either, taking Health the same decision as France, Germany and Italy.

The spokesman for the Center for the Coordination of Health Alerts and Emergencies, Fernando Simón, stated that he did not expect the plan to be substantially modified because with what comes from Pfizer and Moderna we will have “a sufficient number of doses to vaccinate the elderly.” But the Ministry will have to confirm if this forces any change in the hierarchy of priorities of the groups, there are 15 in total and only the order and calendar of those mentioned is defined. The objective of the Ministry is, in addition, that by the beginning of April 80% of those over 80 are vaccinated, in addition to health workers, users of residences, and large dependents.

AstraZeneca gave another setback to the European Union’s vaccination plans last week. He announced that they could probably only ship 40% of the 80 million doses they had planned for the continent. After a week of tensions, in the middle of which the European Medicines Agency approved its commercialization, AstraZeneca and the European Union finally agreed that they would be reduced to 50%. Thus they will send 40 million doses from now to March, Spain will have 4 million, enough to immunize 2 million citizens, because it takes two punctures –as with Moderna and AstraZeneca–.

Several experts do recognize that all these factors complicate the established plan somewhat. Amós García Rojas, president of the Spanish Association of Vaccination, specified that tapping large dependents at homes from February or very old people in March with Pfizer “is possible but you have to have everything very planned, know exactly how many people you are going to vaccinate and bring the right vials so as not to waste “. This is because of the deep freeze preservation and handling required by Pfizer. AstraZeneca’s is stored at room temperature and is easy to handle, “it’s much easier in that sense.” But technicians agree that, with proper planning, it can be done. The vaccination that has been carried out so far has been mostly in geriatric and health centers, as of March Primary Care and home travel will take a more relevant role.