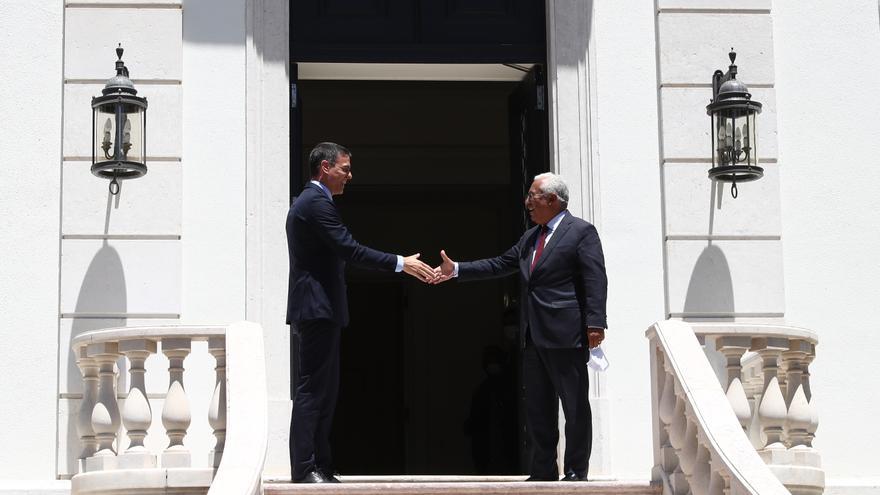 Pedro Sánchez is responsible for holding the Galician elections on the Government of the Xunta de Alberto Núñez Feijóo before the outbreak of coronavirus that has caused the confinement of 70,000 people in A Mariña (Lugo) and that flies over the possibility of suspending the elections. “We live in a decentralized state, the governance of health policy is in the hands of the autonomous communities and who has to offer that information and give the transparency that the Galician and Galician demand is in this case the president the Xunta. This has been answered by the President to the question of whether it is safe to keep the vote and if the July 12 electoral call was rushed.

The outbreak of COVID-19 in that area of ​​Lugo has forced a part of the population to be confined, although the Xunta has only done so for five days. The parties have questioned that decision. However, Sánchez has not wanted to enter the controversy and has limited himself to remembering that the entire competition falls on the autonomous communities, as the presidents demanded during the state of alarm. Feijóo was one of the first to request the lifting of this exceptional measure in Galicia due to the proximity of the elections.

At a press conference with his Portuguese counterpart, Antònio Costa, Sánchez was “reasonably optimistic” about the possibilities of the economic vice president, Nadia Calviño, to chair the Eurogroup. Although he has not wanted to “reveal” anything about the negotiations, he has assured that they are “working” and thanked the response he is getting for now from the rest of European “colleagues”, not only the progressive governments but those in the hands of the PP , as specified.

Sánchez has recognized that this is the “decisive week” given that the vote is held on July 9. Calviño faces off against Luxembourg’s liberal finance minister, Pierre Gramegna, who already ran in 2017, and conservative Irish minister, Pascale Donohoe. The Portuguese Prime Minister has reiterated his support for the Spanish candidate.

To a question about the controversy caused by the criticism of the spokesman for Unidas Podemos, Pablo Echenique, and the vice president, Pablo Iglesias, to some journalists for the coverage of the judicial case in which he is involved in the destruction of his mobile phone card. Former collaborator Dina Bousselham and, specifically, Antena 3 presenter Vicente Vallés, the president has avoided replying. However, he recalled that he himself has been subject to “criticism”, sometimes “very unfavorable”, by the media and “has never made an assessment.” “I am not going to make evaluations on, in this case, a government colleague, Vice President Iglesias.

Regarding the celebration of mass for the victims of COVID-19 that the Church has organized this Monday, Sánchez has limited himself to saying that the Government “will be present at the funeral organized by the episcopal conference” through the first vice president, Carmen Calvo. King Felipe VI will also attend. The Church chose to hold a funeral with the presence of the king and public representatives ten days before the civil ceremony that the Government has organized for next July 16 as a tribute to the State that will have representation from different international institutions, in addition to the representatives parliamentarians and regional presidents. The event in which the Executive began to work before the state of alarm ended and whose specific date was announced in mid-July will be held in the Plaza de la Armería of the Royal Palace.

July is a month for agreement in the EU

Sánchez has met with the Portuguese Prime Minister, Antònio Costa, within the framework of the contacts he is going to have with some of his European counterparts – among them the Italian Guiseppe Conte, or those of Sweden and Holland, who have a different position than that of Spain – for the negotiation of the EU reconstruction funds. “It is essential that all European leaders are aware that July is a month for the agreement,” said Sánchez, who is committed to a “balance” in the distribution of funds between direct transfers and loans. As for conditionality, he has ensured that they have to be linked to digitization, the ecological transition or the training of human capital.

The Spanish president has also taken the opportunity to defend the CAP or cohesion, which, as he warned before the pandemic, were already questioned by some European governments. On the Common Agrarian Policy, which is fundamental in Spain, he assured that it is “old but in very good health”. “Right now with cohesion a great opportunity can be opened to respond to the demographic challenge that Spain and Portugal have ahead of us,” he said.

Sánchez and Costa have taken the opportunity to announce that in late September or early October they plan to hold a Spanish-Portuguese summit in the city of Guarda, near the border between the two countries.