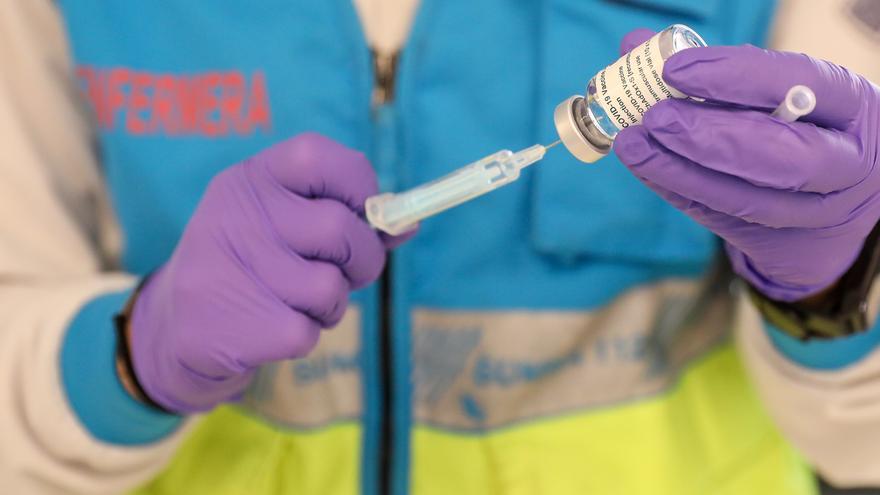 The Public Health Commission, made up of representatives of the Autonomous Communities and the Ministry of Health, has decided, meeting this Tuesday afternoon, to eliminate the age limit for the AstraZeneca / University of Oxford vaccine against COVID-19, according to confirms Health to elDiario.es and has advanced the SER string. As of last week, the age limit for this drug was 65 years. Before, he had been 55 years old, due to the lack of data on his safety among the elderly. But after reviewing the scientific information provided by various studies and also the countries where it is being administered to the elderly, such as the United Kingdom or Israel, the Commission has decided to expand it, as other European countries such as Germany had already done. This was also recommended by the WHO and the European Medicines Agency.

Despite this modification, in organizational terms there are no major changes in the short term, because AstraZeneca will continue to target professional groups considered essential (teachers, security forces, military, firefighters, and some health workers) as before, even though it is allowed to all older. “With it, therefore, the vaccination of the population groups prioritized by their essential activity will be completed,” the Ministry explains in a note. So for now “people aged 56-65 years (group 8) will continue to be vaccinated, starting with the oldest.”

At the same time, the Public Health Commission has decided that the fourth vaccine available in Spain, that of Janssen / Johnson & Johnson, is authorized for the elderly over 66 years of age. Moderna’s and Pfizer’s are also directed at that population. All three will be used “in parallel to increase the rate of vaccination of older age groups.” According to the National Institute of Statistics, there are 8.9 million people over 65 years of age, those considered by age to be the ones with the highest risk of contracting COVID-19 in a serious way and therefore a priority to alleviate the saturation of the health system. The doses of Janssen will begin to arrive on April 19, it will be in a shipment of 300,000 that will be able to immunize 300,000 citizens, because it is a single dose. Pfizer, Moderna and AstraZeneca require two doses. Then 1.3 million will arrive from Janssen in May and 3.9 million in June.

From Pfizer we expect 20 million during the second quarter of 2021, from AstraZeneca 7, and from Moderna 3.5. In total, if the forecasts are met, 36 million doses to fully immunize 21 million people. As of March 30, 8.5 million doses have been distributed among the Autonomous Communities, to which must be added more than a million of the three companies that arrived between the weekend and yesterday Monday.

The decision on AstraZeneca is made two weeks after the temporary hiatus also decided by the Public Health Commission, waiting for the European Medicines Agency to review a few dozen cases of thrombi among people who had been injected with the vaccine. It lasted just a week, because the European Medicines Agency endorsed its safety. This Tuesday, Germany has stopped vaccinating those under 60 years of age with these doses after detecting 31 cases of rare blood clots, the majority among women.

The one that is approved is the fifth version is the vaccination strategy against COVID-19, since the first document was approved, in November 2020. The document also incorporates the decision taken two weeks ago, the list of chronically ill patients included in the priority groups. Includes people with bone marrow and solid organ transplants and the waiting list for them; people on hemodialysis and peritoneal dialysis; with oncohematological disease; with solid organ cancer being treated with cytotoxic chemotherapy; lung cancer being treated with chemotherapy or immunotherapy and people with Down syndrome over 40 years of age. People between 70 and 79 years old will be vaccinated simultaneously, with which some autonomous communities are now starting after those over 80.