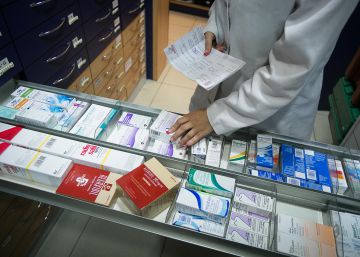 The Spanish Agency for Medicines and Health Products has ordered the withdrawal of 22 lots of omeprazole from the Malaga-based company Farma-Química Sur, whose active ingredient is manufactured by the Indian pharmaceutical company Smilax Laboratories Limited. This measure extends the order to take a first batch off sale, issued on July 11, to obtain "results out of specifications in the identity test", that is, it could not be identified as omeprazole with the protocol of the agency not exceeding the minimum required.

All affected batches of the popular gastric protector have an expiration date of 03/2021. To check the removed batches, click here. The agency, under the Ministry of Health, has classified the defect as class 1 (of a total of three), the highest risk, and has ordered the autonomous communities to collect the units removed.

Omeprazole It is the active ingredient with the highest consumption in Spain, with a total of 54 million containers, representing 5.9% of the total invoiced in 2015, according to the Annual Report of the National Health System 2016. Eighty-five Spaniards out of every 1,000 take omeprazole or a derivative daily.

The Facua consumer organization recommends that users, in case of having an affected lot, return it to the pharmacy to exchange it for another unaffected container.