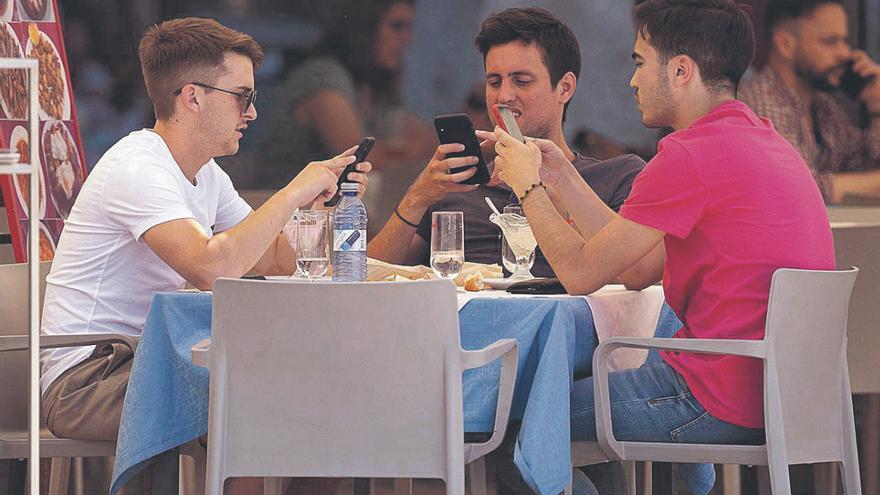 The Ministry of Health now proposes to remove restrictions on hospitality and allow the opening of nightlife also in areas with a medium risk level and not only low, measures that, in any case, will be subject to review and flexibility as the pandemic evolves. This is stated in the draft that the department directed by Carolina Darias sent the counselors last Monday night, and to which Efe has had access. A document in which Health modifies the declaration of coordinated actions approved last week in the Interterritorial Health Council and published since Saturday in the BOE.

Specifically, the new approach of the state sanitary area eliminates everything related to the limitations to the hotel industry; what was agreed with the vote against by five communities -Andalusia, Madrid, Catalonia, Murcia and Galicia- and the abstention of another - Castilla y León - was to allow these establishments to open until one in the morning, without being able to serve beyond midnight, in addition to other capacity restrictions.

In addition, it modifies the section that alludes to nightlife: if before it was only allowed to open until 2.00 a.m., it can be extended to 3.00, in areas up to alert level 1, the draft also includes those that are at level 2 . Currently, only the Basque Country and La Rioja are above level 3.

«The opening of nightlife venues may be authorized when the epidemiological situation of the territorial unit of reference for the control of Covid-19 of the autonomous community in which the premises is located is outside the risk levels or in alert levels 1 and 2, according to the document Coordinated response actions for the control of the transmission of Covid-19 ", includes the draft.

Finally, it adds a paragraph to specify that the agreed measures "may be subject to review and flexibility as and in line with the evolution of the Covid-19 pandemic."

Health made this new approach after the National Court paralyzed these restrictions in the Community of Madrid on Monday in view of "the risk of generating situations of uncertainty and impairment (which could be serious) to the interests of those most affected by the decision of impose restrictions other than those that already exist.

After knowing the news, the director of the Center for the Coordination of Health Alerts and Emergencies, Fernando Simón, assured that "the ministry seeks consensus and tries to avoid the judicialization of the process." "It would be a shame if it is going to depend on the judicial authorities because we have not found sufficient alternatives," he added.

So that “if the measures cannot be applied for judicial reasons, alternatives as agreed as possible will be sought.

The opposition parties, including PNV and EH Bildu, criticized Carolina Darias, for generating chaos and legal insecurity with the new restrictions on hotels and nightlife, although the majority -except for the PP and Vox- have valued that it rectify and give a new chance to consensus.

For the PNV spokesman, Aitor Esteban, the Government has behaved in a "prudent" manner by deciding now to draw up a new document, after trying to interfere in "absolutely autonomous" powers. He believes that the situation is now being channeled after several autonomous communities voted against these new limitations, including the Basque Country, which did not even participate in the vote of the inter-territorial council.

Cuca Gamarra, the spokeswoman for the popular group, trusts that the "blow" that the Government has taken with the resolution of the National Court to accept the very precautionary measures requested by Madrid against the restrictions approved for the hotel industry and nightlife, serve to "stop making political and arbitrary decisions."

Gamarra asked Pedro Sánchez to abandon "the chaos, uncertainty and confusion and let the communities do their thing," taking the opportunity to demand a law on pandemics and for the commission of investigation on vaccines requested by the PP to be launched.

Also Edmundo Bal, deputy spokesman for Ciudadanos, complained that Darias tried to evade co-governance and recalled that his group has been demanding "a plan B" of de-escalation since he negotiated the states of alarm with the Executive. It has not done so, he stressed, and it has not tried to reach an agreement with the communities either. "Neither one nor the other," he pointed out.

From Más País, Íñigo Errejón has assured that this «guirigay» that has been mounted is the result of not having taken alternative measures to the state of alarm and has called on the Executive to lead the de-escalation and «generate certainties» while the autonomous governments - He pointed out - they must agree on the new measures to face the pandemic.

Among the government parties, the socialist spokesperson, Adriana Lastra, defended Darias by explaining that the decisions she adopts are endorsed by experts and not by politicians and that the new restrictions were supported by the majority within the inter-territorial council. "We knew that de-escalation and co-governance were going to be complex," he justified to affirm that if today, when the council meets again, it is necessary to talk about this issue again, let it be done.