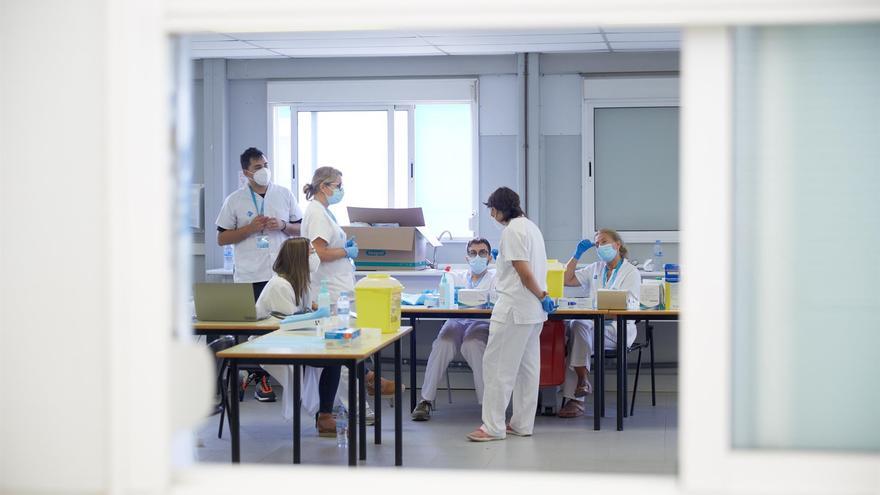 The Ministry of Health has registered 3,261 new infections in the last 24 hours, the lowest daily figure since August 2020, more than a year ago. This is also a notable decrease from Friday last week, when 4,440 new cases were reported. The number is not comparable with yesterday's, since on Mondays all the infections registered during the weekend are added. Total COVID-19 infections amount to 4,918,526.

Catalonia, with 630 new infections; Andalusia, which scores 582; and Madrid, which adds 555; They are the communities that register the highest number of new infections in the last 24 hours.

The incidence continues its downward path and already stands at 109.38 cases per 100,000 inhabitants, a decrease of seven points compared to Monday.

In addition, all age groups already have a 14-day contagion rate that falls below 150 cases, the high risk level, according to the Health traffic light. The last age group to fall below this barrier was between 12 and 19, which today registers 140 cases per 100,000 inhabitants.

The latest daily Health report also reflects 155 deaths registered during the last 24 hours. On Friday, 72 were counted. Thus, the global count of deaths from the pandemic rises to 85,548.

Hospitalizations continue to fall and ICU pressure remains at 12.41%, four tenths below that registered on Tuesday. In total there are 1,136 hospitalized in intensive care beds. The general occupancy is located at 3.74%.

The vaccination rate has slowed down in recent months, with 93.2% of those over 40 already on the full schedule and 94.8% with at least the first dose. Thus, the youngest population groups are the ones that advance at the highest rate and this Tuesday the group from 12 to 19 has exceeded the barrier of 60% of those vaccinated with the full schedule. 79.4% of them also have a first dose.

The last service of the vaccination centers

The extinction of the vaccine fields is near. The large vaccination centers opened in Spain half a year ago to immunize the population as quickly as possible make their last services. Many have opened up to walk-in vaccinations to make it easier for the laggards. Its raison d'être no longer makes sense when vaccination coverage almost reaches 75%. Nearly six out of ten teens, the last major group in the strategy, already have a full guideline. With this evolution, several communities plan to lock down stadiums and sports centers metamorphosed by the urgency of a global pandemic next month.

The Wanda Metropolitano, in Madrid, has already been dismantled for patients. The Atlético de Madrid stadium has exchanged vials and gauze for football fans after inoculating 577,000 people at its facilities since the end of March. The reorganization planned by the Government of Isabel Díaz Ayuso includes the deployment of mobile units on university campuses.