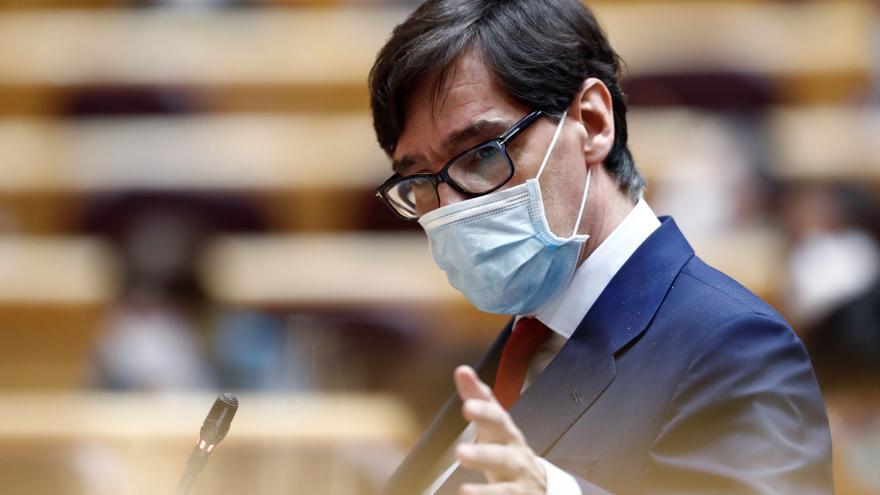 The Minister of Health, Salvador Illa, met this afternoon with the regional councilors of the branch and with the Minister of Territorial Policy, Carolina Darias, to analyze the measures implemented in the territories with the state of alarm. They have decided that “in general”, the measures have to continue to be applied for a minimum period of 7 days, Illa explained. But “if there is a specific epidemiological situation, in which mobility is expected to increase a lot, bridges, for example, that make it advisable to take measures” of another type, of “non-consecutive days”, there will be “bilateral meetings” with the Autonomous Community involved. The government of Madrid has already publicly stated that it will ask to close only during the next regional bridge on November 9 – the festival of La Almudena. “The instruction they gave us” is valid for this bridge on the 9th and has justified it in that “if there are specific reasons for varying this minimum period” it will be discussed.

Some communities, including the Basque Country, have asked Illa for permission to modify the hourly limitation of the curfew, which is currently stipulated between 22 and 00 and between 5 and 7 as options to apply it, and for home confinements . The current royal decree, in force since last Sunday and with a duration of six months, does not contemplate giving legal coverage to such restrictions. Illa has indicated that the measures need “a period of between two and three weeks” to be noticed and has requested “time”. In other words, he has given the example that “to see the effect that the closure of the hospitality industry in Catalonia has had, you have to wait between two and three weeks from the moment of implementation”, so that at least one week would still be needed to assess the curfew.

Regarding home confinements, he has insisted that it is “respectable” that regional governments want to “foresee” the necessary situation but he has referred to the current “strategy”, “they are very powerful measures.” “At the moment we do not contemplate a home confinement, we contemplate that the current measures be evaluated,” he continued. Fernando Simón, director of the Center for the Coordination of Health Alerts and Emergencies, declared yesterday Tuesday that, although “nothing can be ruled out”, there is still “margin” to see the effect of the measures before going to a confinement.

The Interterritorial Council that brings together the minister with the councilors is the body for cooperation and “co-governance” established for this state of alarm, which the Government has approved for 6 months. In other words, it is the space in which the actions will be reviewed and modified if the situation so requires. “The decision center of this pandemic”, has defined Darias.