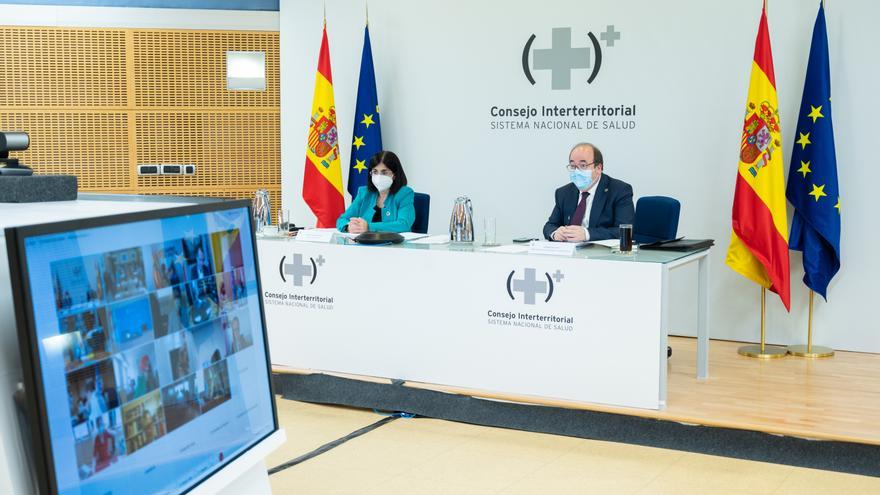 The Minister of Health, Carolina Darias, has met with all the regional councilors and counselors of her branch to discuss the epidemiological and vaccine situation against COVID-19. The meeting flies over the proximity of the date of the end of the state of alarm: May 9. Some autonomous governments, especially that of Euskadi (the community that leads the accumulated incidence of the country) have publicly stated that they would like it to be extended, since the state of alarm ends leaves them without powers to stipulate public health measures such as perimeter confinements and the curfew. "The Government of Spain manifests itself in its intention that on May 9 it should not be necessary to have a state of alarm. Inasmuch as the epidemiological situation is different, and above all because of the scenario that vaccination gives us, with a important percentage of vaccinated people ", has maintained the minister.

"Some regional councilors," said the minister, have raised the need to have "tools" beyond May 9, without specifying which ones, only "the desire and need to have them." The vice president, Idoia Mendia, had publicly declared that "the state of alarm may be a correct scenario for Euskadi." It has not been raised this way at the meeting, Minister Darias has commented, and it is not the intention of the Government to keep it only in one territory, it is an option that they also discard. President Pedro Sánchez had also said it that way.

The meeting also addressed the issue of what to do with the second doses of people under 60 years of age who received a first dose of AstraZeneca between February and April. The administration of AstraZeneca has been suspended for people under 60 years of age for three weeks, so Health rules out in principle giving them a second of this drug, although they are awaiting the "scientific evidence" and the "debate" in the scientific community. at the European level. Health is limited to the results of the trial to be carried out by the Carlos III Health Institute, in which a second dose of Pfizer will be given to some people who have already received AstraZeneca, to verify its effectiveness.

Yesterday, Tuesday, the Institute was still looking for volunteers (they need 600 in total), but it has already started. The second doses have to be administered 12 weeks after the first, that is, some people have it already at the beginning of May; but the guideline can be delayed for another week without putting citizens' immunity at risk, the minister reiterated and those responsible for the Carlos III Health Institute have also explained.