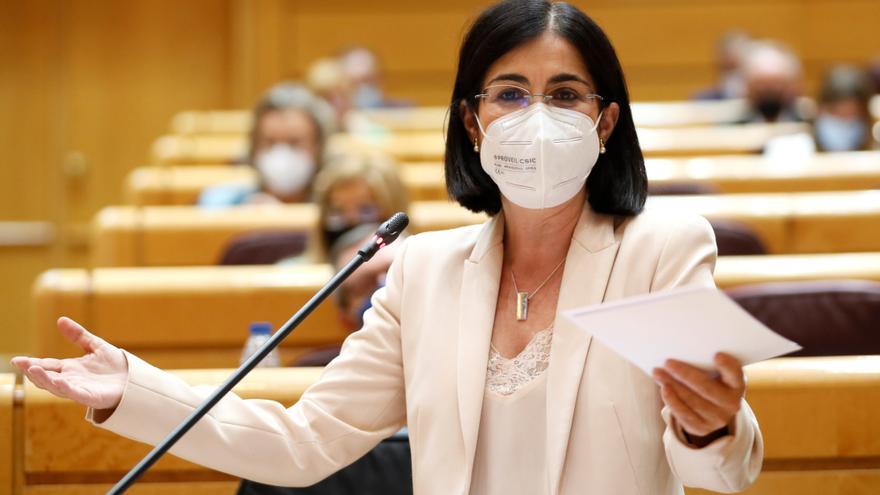 The Ministry of Health has backtracked and accepts that there are no mandatory standards for hospitality and nightlife during the de-escalation of the COVID-19 pandemic. It has been agreed with the autonomous communities, in the Interterritorial Council, with the only abstention from the Basque Country, according to regional sources. Last week, Health released, without consensus, a document of measures that it established as mandatory and that should be in force until 70% of the population is immunized against the virus with vaccines, which is estimated to be in August. They included that the clubs had to close at 3 in the morning at the latest, or that the bars and restaurants had a maximum capacity of 50%. The text was approved by Health with strong discrepancies with Madrid, Galicia or Euskadi, who refused to apply it. The new document no longer imposes any of that, not even on mass events, and leaves everything in recommendations. Health was opened on Monday to rectify, after the National Court agreed with the president of the Community of Madrid and granted her very precautionary measures so as not to have to follow those rules.

Sources from the Ministry of Health explained on Monday, after the judicial decision, that they were "to find meeting spaces" and for "dialogue" to achieve two objectives: that the accumulated incidence drops to 50 cases per 100,000 inhabitants; and increase vaccination coverage. And for this, "if you have to modify a paragraph or word, no problem on our part." The Minister of Health called several regional councilors on Monday night to try out how to make the modification.

The only mandatory part of the approved document, which is a Declaration of Coordinated Actions, would be the part referring to vaccination. But it only obliges the communities to follow the national vaccination strategy, which is based on the fact that it is by age, to "have all the materials, equipment and resources necessary for the administration of the vaccines provided by the Ministry of Health," and that will provide the information from the vaccination registry.

The initial document, however, affected very few communities, which still have bad data; and it was flexible with nightlife and bars for which they have improvable data but show favorable trends. They only had to close the interior of their bars and restaurants, because they were still at a 'high' risk level in the so-called 'traffic light' of Health, Euskadi and La Rioja. In turn, most are at 'medium' or 'low' risk and ready to open clubs now or in the coming weeks. With the new update, no interiors are forced to close, nor are they prohibited from reopening nightlife.