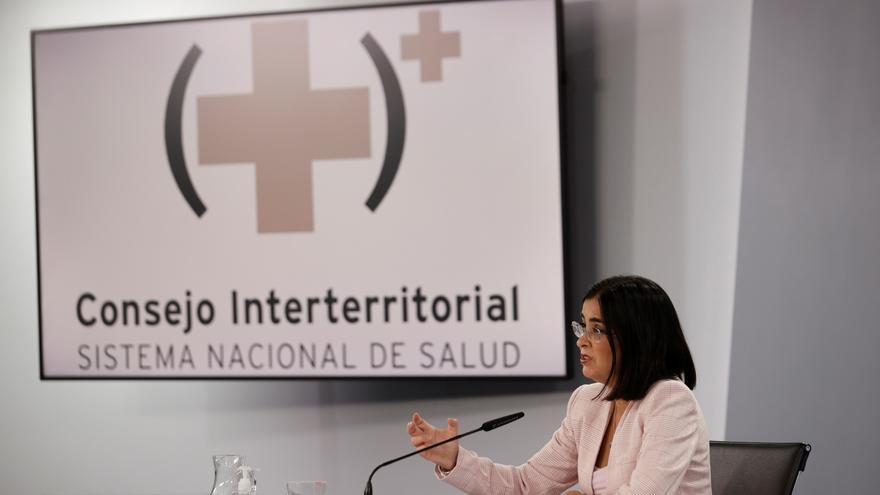 Spain is the eighth country in the world in opioid consumption and the third of fentanyl, a pain reliever similar to morphine but 100 times more powerful. The exponential increase in its use, beyond the authorized indications, has led to Health wanting to put a stop to it in non-cancer patients.

Opioid use is well established and is accepted for the treatment of severe pain in these patients and also in palliative or terminal care and in postoperative pain with short-term treatments.

But the Ministry of Health and the autonomous communities have opted for reassess the role of these drugs in the treatment of chronic non-cancer pain, mainly because there is not enough scientific evidence about its long-term effectiveness, and also because of the potential adverse effects and the progressive increase in addiction problems that lead.

They have done so due to the “exponential” increase in its use to relieve chronic pain beyond cancer with the risk of addiction that this entails: in the last seven years, the consumption of painkillers in general has increased in such a way that the daily doses have gone from 3.57 to 5.42, almost 52% more.

This is stated in the “Plan to optimize the use of opioid analgesics in the National Health System” prepared by the Permanent Pharmacy Commission to which the Interterritorial Council gave the green light last week.

A tool, then valued the Minister of Health, Carolina Darias, to “avoid the inappropriate use of these drugs” with a “preventive and transversal” approach because, it justified, “there is concern” due to the increase in its use, although it is not as high as in Canada and the United States.

Especially worrisome fentanyl, the most widely used active ingredient in Spain and throughout the EU: the number of billed containers for this substance has risen in the last five years by 39.6%, has increased by 52.12% in amount and 33.6% in the number of daily doses.

The way of transdermal administration it is the most common in the National Health System, representing more than 80% compared to other forms.

According to recent data from the Spanish Agency for Medicines and Health Products (AEMPS) cited in the document, new users of immediate-release fentanyl in Spain have increased significantly during the period 2012-2017, in which the doses dispensed per 10,000 inhabitants per day have gone from 2.1 to 3.8.

The rate of incidence and prevalence increased by 53% and 74%, respectively; In this period, patients without a cancer diagnosis represented 27% of the new users of these drugs, especially women, with a diagnosis mostly associated with musculoskeletal disorders.

In Spain, 32 percent of the adult population suffers from some type of pain; In its chronic form, the incidence is calculated between 11 and 17%, according to the most recent data from the Spanish Society of Neurology (SEN).

According to the European Health Survey of the year 2020, the most prevalent pathologies that cause it are the osteoarthritis (56.17%), lumbar pain (31.16%), neck pain (27.38%) and migraine or headache (5%), while the SEN estimates that between 6 and 8% of the Spanish population suffers from neuropathic pain, 77% chronically.

“On many occasions,” he argues, “the expectation (of both the doctor and the patient) to completely eliminate pain leads to a escalation of use of different drugs at increasingly higher doses that can lead to harm to the patient without achieving the desired therapeutic objective “.

Against this background, it has been designed this plan that is based on five axes: optimize the prescription; improve utilization and enhance pharmacotherapeutic follow-up; optimize addiction management, improve communication with patients, sensitize and educate the population and monitor and monitor consumption.

And it has marked lines of action that go from the elaboration of a decalogue of recommendations on the use of opioids for the treatment of chronic non-cancer pain at the national level to the establishment of common indicators of adequacy of prescription and consumption (especially fentanyl, oxycodone, tapentadol and combination therapy with benzodiazepines, antidepressants or gabapentinoids).

Also the valuation and stratification of patients by risk of abuse, addiction and overdose and the review of the immediate release fentanyl financing terms.

In this sense, it considers appropriate modify the financing conditions for nasal and oral presentations through the figure of the visa, which will be applied to new treatments, not to those currently in force.