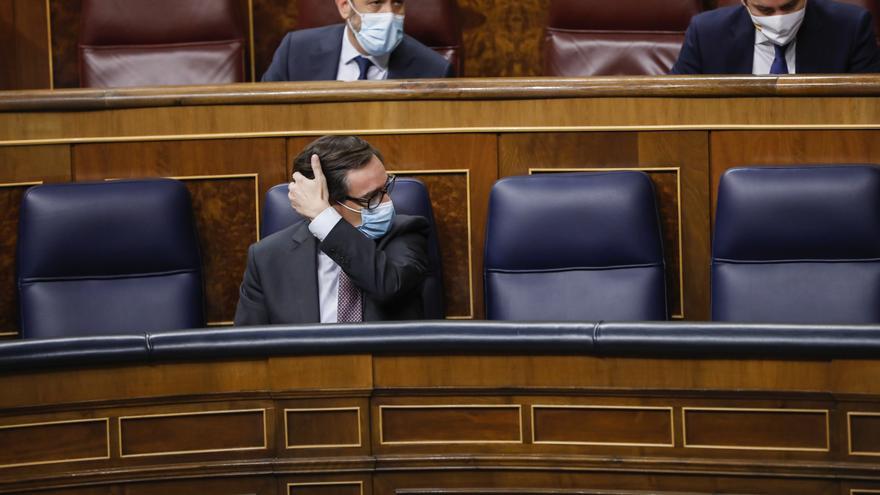 The Ministry of Health wants to complete the Early Response Plan in a Control Scenario of the COVID-19 pandemic that it approved just three months ago, on July 16, with Spain almost just releasing the ‘new normal’. It will be through a new Coordinated Action with the communities, the same formula they used to close nightlife and ban smoking on public roads without distance. The communities will have to debate it this afternoon in the Health Commission, and it must be approved next week in the Interterritorial Council of the National Health System. It establishes common incidence thresholds from which the autonomies will have to take concrete measures associated with four scenarios, on limitation of meetings, commercial capacity, the closure of the interior of bars, or, where appropriate, restriction of Mobility.

The draft of the new document, advanced this morning by Cadena SER and accessed by elDiario.es, contemplates four scenarios: alert level 1, low risk; level 2, medium risk; level 3, high risk; and level 4, extreme risk. They are based on several criteria. On the one hand, epidemiological: the cumulative incidence in the last 14 and 7 days –differentiating between whether those affected are the general population or over 65–, the positivity –the percentage of PCR performed that are positive–; traceability –proportion of people whose origin of infection is known–. On the other, healthcare: percentage of occupied conventional hospital beds and ICU beds. For a territory to be at an extreme level, it must have two of the epidemiological parameters and one of the healthcare parameters at the top. In this extreme case, they would be: 250 cases of cumulative incidence in the last 14 days, 15% positivity and 10% traceability; 25% of conventional beds, 20% of ICU.

The scenarios are accompanied by various measures that are left in writing. Among many others, that when reaching the level 2 stage, it is necessary to reduce the percentages of capacity on the terraces and in the museums, and to telework whenever possible. The third prohibits the opening of the interior of bars and establishes preferential time slots for walks, among others. The fourth, the most risky level, includes all of the 3 and contemplates all kinds of mobility restrictions, although essential services will remain open in any case.

The Plan approved on July 16 established parameters, but it did not specify incidence numbers or specify the restrictive measures to be stipulated. It defined three risk scenarios instead of four – low, medium and high. For example, the third did contemplate restrictions on mobility, but only spoke of reaching it in the case of “sustained community transmission with increasing pressure”, not of incidence figures. Regarding establishments, it recommended the closure of those with “high attendance of people or high-risk activities”, but did not mention, for example, something as specific as what to do with the terraces. As published The country, The Ministry did have a ‘traffic light’ that indicated an ‘alarming’ situation from 60 cases per 100,000 inhabitants, but it was not public or agreed with the communities; It was only used internally by the Center for Health Alerts and Emergencies.

Minister Salvador Illa has defended on several occasions that in that Plan, which they are now modifying, there was everything necessary to know when to act. In an interview three weeks ago with elDiario.es, In full negotiations to reach an agreement with the Community of Madrid, he referred to the fact that the measures to be taken were “those that are foreseen in the early response plan that we agreed with the autonomous communities.” He insisted that his Government was going to follow that strategy, and when asked if it was not out of date with the current incidence, he replied that on the march since then “we have been taking coordinated actions in public health”, but all based on that Plan, with actions that they joined him.

Salvador Illa also said in that interview that the plan in recent months “has been deployed and in many autonomous communities it has proven effective.” This modification occurs in a state of alarm over the Community that has given the Ministry the most headaches: Madrid. Three weeks ago, the Interterritorial Council approved an order to apply in very worrying situations – 500 cases per 100,000 inhabitants in municipalities of 100,000 inhabitants that also have 10% PCR that are positive and 35% ICU occupancy due to COVID-19 – . It affects nine Madrid cities, but the government of Isabel Díaz Ayuso was opposed to applying them. That justice knocked down the perimeter confinement established by that order led to the current state of alarm over Madrid.

The Ministry itself recognized in the order that 500 was already an “extreme” incidence, and placed a barrier from which to take drastic measures in the 250 cases per 100,000 inhabitants of the new draft, but without forcing anything in that figure. These days, and the spokesman Fernando Simón had already done it before, Illa has repeated in various media that The objective is not to go below 500, but to reach incidents between 50 and 100. The Community of Madrid itself, and also other regions, had asked him to unify criteria if this were the case. Experts and international organizations do agree that an incidence of more than 200 is alarming. But some already criticized during the de-escalation that Spain did not have specific thresholds from which to take certain actions, anticipating that it could bring trouble.