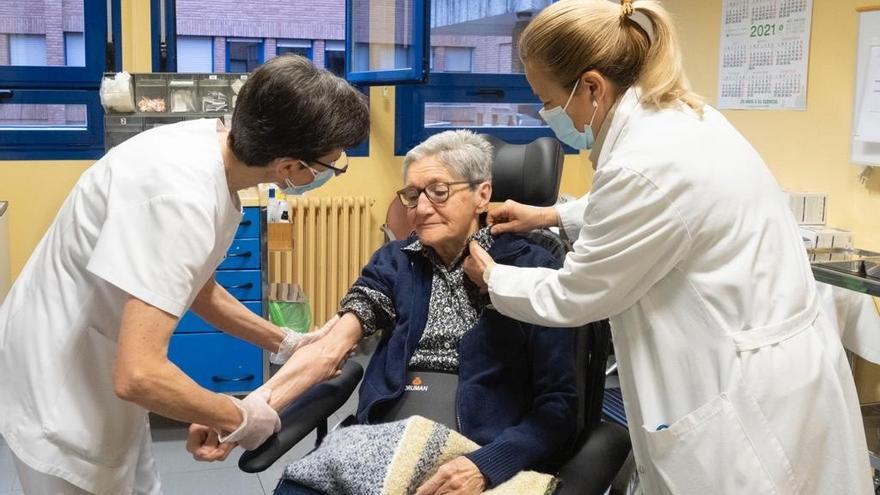 The Ministry of Health will meet again this Friday afternoon with the autonomous communities to update the vaccination strategy, since the AstraZeneca doses will not be inoculated to people over 65 years of age. Health had already confirmed yesterday that those over 80 will not receive this vaccine and only those with messenger RNA will be injected. Sources close to the plan assure elDiario.es that its administration to those over 65 is also ruled out, and even this Friday its administration to all those over 55 could be ruled out.

These changes in the plan will unleash developments in immunization priority groups, which until now were residential residents and workers and front-line health workers. In this Thursday’s session of the Public Health Commission it has been agreed that the AstraZeneca vaccine, which begins to arrive this weekend, will be injected first to active health and social health professionals not included in the previous groups ( 2 and 3).

Given the current situation of vaccine availability, the large population group made up of those over 65 could be found only with the BioNTech-Pfizer and Moderna vaccines, of which very few doses are arriving. The vaccine developed by the pharmaceutical company AstraZeneca in collaboration with the University of Oxford is especially promising to advance immunization because it does not require storage in deep freezing or handling as complicated as that of Pfizer.

For his part, Fernando Simón, director of the Center for the Coordination of Health Alerts and Emergencies, was quite confident this Thursday at a press conference that the vaccination schedule would not vary too much if the planned deliveries with the pharmaceutical companies are met. “I believe that it is not necessary to readjust the calendars much, what can happen is that two of the groups to be vaccinated can be vaccinated concomitantly at some point”, has valued Simón, who has avoided going into details. “If deliveries are maintained as planned and the increases in deliveries that are anticipated in the coming weeks, the truth is that we would have the capacity to meet these objectives,” said the expert in relation to the 70% of the vaccinated population that it is planned for late summer. The Minister of Health, Carolina Darias, announced yesterday that the communities will receive 1,810,575 doses of AstraZeneca this February.

Simón also wanted to make clear that it is not that the Oxford and AstraZeneca vaccine is not safe, as most European countries that have already taken the same measure have been repeating until now, but that there are not enough trials in people of over 65 years to be able to verify its effectiveness in this age group.

How many people are vaccinated in each community and how many doses are being given?

Click on the button to see the vaccination rate: number of new doses administered and the seven day average