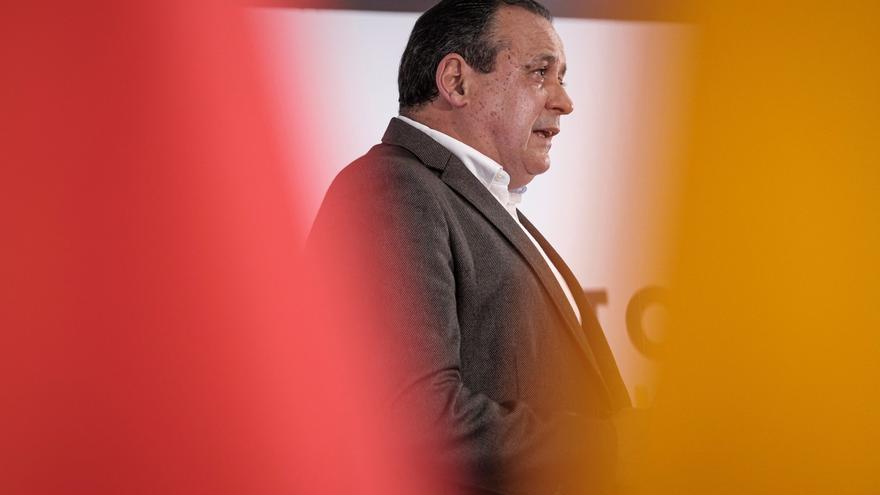 The bad data you have chained Gran Canaria after the Christmas celebrations they have taken the island to alert level 3 by covid. The updating of the restriction measures to contain the spread of the virus supposes the isolation of Gran Canaria by prohibiting entries and exits, except for reasons of force majeure. The decision of Canary Islands Government Given the difficult epidemiological situation on the island, it is condensed into the toughening of the rules. He curfew It is early at 10 pm, the gyms must close their doors and the hospitality industry can only serve customers on the terraces, which will have a maximum capacity of 50% and there can only be tables with four people. These measures will take effect tonight at 00:00, and will apply during 14 days –Until January 31–, without prejudice to the regional Executive being able to review them again based on epidemiological data.

The Minister of Health, Blas Trujillo, he explained that despite the fact that Gran Canaria had been at level 2 for a few days, they have observed a situation that “closely resembles that manifested in Tenerife throughout the month of December.” Trujillo explained that just before Christmas they detected in Tenerife a “generalized affectation of very small but widely dispersed outbreaks throughout the entire territory”, something that is now being replicated in Gran Canaria. This parallel behavior is what has led the autonomous government to move to the island to alert level 3, with the aim of “anticipating” the evolution of infections, because “prevention is better than cure”. In that sense, Trujillo defended that the Executive has always tried to anticipate epidemiological indicators. The person in charge of Health in the Archipelago wanted to emphasize that although the public institutions implement measures and toughen the rules, the individual and collective collaboration of citizens is essential. “Without their commitment, we can hardly win this battle,” he said.

Yesterday Gran Canaria confirmed its upward trend in the number of infections. The island added 111 new positives in 24 hours and the number of active cases rose to 2,213. Of the eight epidemiological indicators that are taken into account to determine whether the restriction measures are tightened or not, Gran Canaria has four – the cumulative incidence at 7 and 14 days, both among the general population and among those over 65 years of age – in high risk; and two – the positivity rate of the diagnostic tests and the occupation of ICU beds – at medium risk. Although, all the parameters have maintained an upward trajectory in recent days.

On the contrary, Tenerife continues to reduce the number of infections, with only 65 positives in the last day, although it already adds 4,852 active cases. This positive progression has allowed the island to drop to alert level 2, after a month closed. While on December 19 its cumulative incidence over seven days reached 136 cases per 100,000 inhabitants, it has currently been reduced by half. Trujillo pointed out that “the indicators throughout this week have confirmed that its evolution has a favorable trend”, which allows reducing the alert level.

Last Thursday, the Governing Council, after analyzing the reports of the General Directorate of Public Health and the scientific committee that advises the Executive, went up to Lanzarote at level 3 and Fuerteventura went to level 2. La Gomera, El Hierro and La Palma are on alert level 1, since their data remains at a low or medium risk level.

Alert level 3 (red traffic light) that is imposed from this midnight in Gran Canaria implies the restriction of the entry and exit of people from the Island, except for justified trips such as attendance at health centers or educational centers, compliance with obligations work or return to the usual place of residence. The freedom of movement of people is limited between 10 p.m. and 6 a.m., every day of the week, so the curfew is brought forward one hour. This restriction does not affect essential activities, among which are the fulfillment of work obligations or attending a health center due to an emergency.

The permanence both in spaces for public and private use, outdoors or closed, is limited to cohabitants, except in hotels and restaurants and respecting the maximum number of four people per table.

The hospitality industry is one of the sectors most affected by these restrictions. With level 3, the restoration inside the premises is suspended and on the terraces the capacity is limited to 50%. Restaurants, bars and cafes must close to the public before 10 pm. This measure does not affect establishments located in health centers, in work centers for the consumption of their staff and in tourist accommodation for the exclusive use of guests. In any case, the collection service of food and drinks on the premises and delivery to your home is allowed. In addition, on the terraces or other outdoor spaces dependent on the establishment, activities that encourage not maintaining interpersonal safety distance or not wearing masks (dances, karaoke, etc.) are prohibited. On the other hand, the places of recreational activity of games and bets will remain closed.

As of tomorrow, the practice of physical and sports activity in the interior areas of the facilities, including extracurricular activities related to sports, is prohibited. Physical exercise in the open air can be carried out individually and provided that the safety distance of two meters can be guaranteed at all times.

All external visits to hospital centers are suspended, except in the case of minors, pregnant women, accompanying terminal patients and those other clinical situations that are considered necessary at the discretion of the physician. In nursing homes, residents’ outings outside the centers, as well as external visits, are interrupted. However, those patients who are confirmed cases with resolved infection will be exempt from this limitation. Likewise, the use of FFP2-type masks and face shields is recommended by personnel who have direct care with patients in these centers and it is recommended to reinforce ventilation.

The capacity of interurban and municipal public transport is reduced to 50%. In addition, the surveillance of buses will be reinforced at peak times to avoid crowds.

With the level 3 alert for the advance of the Covid-19 pandemic, Gran Canaria is closed. Health thus prohibits the entry and exit of people from the Island, except for justified cause. Among the reasons that can be alleged to avoid this restriction is attendance at health centers; compliance with labor, institutional or legal obligations; or attendance at university, teaching and educational centers, including nursery schools. The return to the place of habitual or family residence is also contemplated; assistance and care for the elderly, minors, dependents, people with disabilities or especially vulnerable people; travel to financial and insurance entities; the renewal of official documentation; or taking official exams that cannot be postponed.