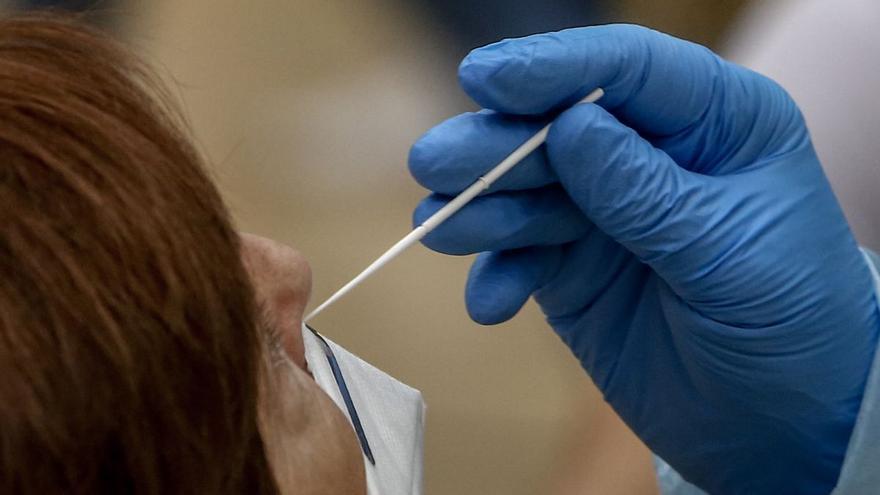 The Ministry of Health has started the process to reform the law and allow pharmacies to sell tests for antigens and detection of COVID-19 antibodies without the need for a prescription. It has done with the publication last Friday of the public consultation of a royal decree aimed at reforming the current one on self-diagnostic health products and their sale to the public, and to which citizens may send contributions until next May 13. With this rule, Health aims to exempt products for the self-diagnosis of coronavirus from the obligation to have medical authorization to acquire them and from the impossibility of advertising.

The decision comes a few months after the performance of these tests in pharmacies was at the center of the controversy: some communities such as Catalonia or Madrid, which in fact already does them in these centers, and in dental clinics, since February –although only in areas of high incidence–, insisted to the ministry that it be allowed, something that after initial reluctance, Health, directed then by Salvador Illa, left in the hands of the autonomies themselves. And he reminded them that they should only be done in cases of selective screening, in symptomatic people or close contacts, and never “on demand for any citizen.”

The draft of the new standard specifies, however, that apart from the antigen tests for professional use, which are those performed by a healthcare professional, “rapid self-diagnostic antigen tests have begun to be marketed in Europe”. And the reform aims to “facilitate access to tests” of this type, the availability of which “will allow the general population to carry out tests without the intervention of a health professional, which on the one hand will reduce pressure to a certain extent. health centers and will allow the rapid identification of suspected positive cases “.

The health crisis, justifies Sanidad, “makes it necessary to increase the diagnostic capacity of the National Health System, in order to quickly identify suspected positive cases of SARS-CoV-2, to take the appropriate measures and thus effectively control the progression of the pandemic and at the same time attend to those affected and help their recovery. ” And taking into account “that the requirement of a prescription for the sale of these products to the public would constitute an important barrier to their use, it is convenient to include them among the self-diagnostic products exempted from the need for a prescription for purchase in pharmacies.”

In this way, these tests will join the products for the diagnosis of pregnancy, blood glucose analysis and for the detection of HIV, which are currently those that do not require a medical prescription, in accordance with Royal Decree 1662/2000, of September 29th.

The ministry considers that rapid antigen tests “have been considered a useful diagnostic tool to achieve the objective of expanding the diagnostic capacity” of the countries, which is “one of the key pieces” for the detection of contagions and, ultimately , for the control of the pandemic. In fact, more and more countries are joining its use as a strategy, despite the fact that its usefulness remains in question: “In addition to the unknowns about its reliability in asymptomatic infected people, its potential epidemiological usefulness depends on multiple factors ranging from beyond its individual effectiveness to detect infected cases “, explained Esther Samper in this article.

Likewise, the exception is also contemplated for rapid antibody self-diagnosis tests, which do not serve to identify if the infection is active in the body, but they do evaluate the level of antibodies that a person presents, and which “will also contribute to reducing the pressure from the National Health System “, considers Health.