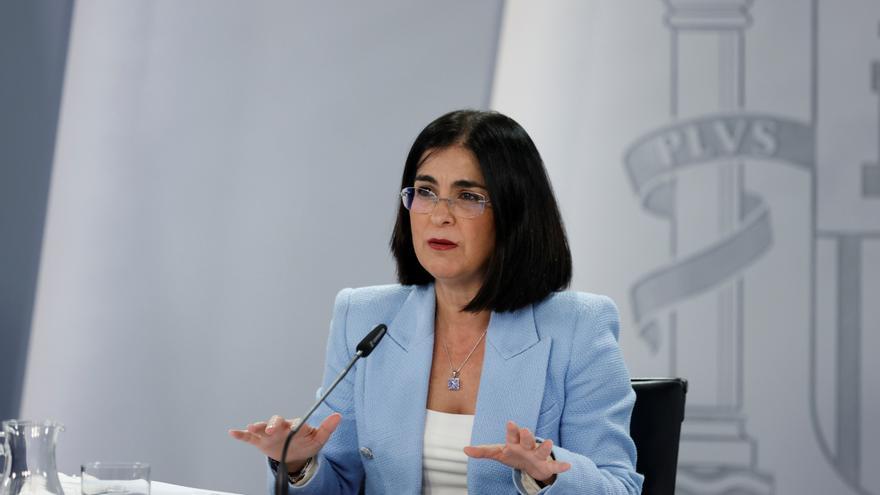 The Ministry of Health of the Government of the Canary Islands has automatically processed a total of 11,413 sick leave due to coronavirus infections or close contacts since this system was launched to alleviate the burden on health centers.

This figure corresponds to the profile of the positive patient in Covid-19 or close unvaccinated contacts. who are under 45 years of age and with mild symptoms, which is what this tool was designed for at this time of increased healthcare pressure.

Of the 11,413 files, 10,254 correspond to people positive for SARS-CoV-2, under 45 years of age and with mild symptoms, while the remaining 1,159 are people who have been close contact and have to quarantine because they are not vaccinated, not have the complete vaccination schedule or who have not had the disease in the last 180 days, or immunosuppressed patients who have been close contacts with positive cases.

On the other hand, in these first days of operation of this automated system, which has been gradually implemented, the sick leave time has been extended to a total of 112 issued previously as the patient experienced greater symptoms, for which reason had to extend the period of isolation initially prescribed until the disappearance of the symptoms.

In addition, the corresponding SMS have been sent with which the medical discharge is automatically communicated to the patient, after the seven days of isolation have passed, as established by the Covid Case Detection and Monitoring Strategy, both for confirmed cases and for close contacts. .

This automatic process seeks to streamline the process of medical discharges and discharges for the patient, since they are prevented from going to the consultation for this sole reason, which helps to decongest Primary Care activity in times of overload, due to the high number of cases. registered during the last month.

Likewise, the Canary Islands yesterday added 3,276 new positive cases of coronavirus to its statistics, which translates into a total of 94,812 active in the whole of the Archipelago. In addition, in the last few hours the death of seven people between the ages of 51 and 98 has been reported: four were recorded in Tenerife and three in Gran Canaria, and all had previous pathologies. For its part, hospitalizations in the Canary Islands amount to 666 admitted patients, of which 80 are in the ICU, while 586 remain hospitalized.

The island of El Hierro rose yesterday to alert level 3 due to the unfavorable evolution of its epidemiological indicators, according to the report of the General Directorate of Public Health that Health presented yesterday in the Governing Council on the update of the health alert levels. The rest of the islands maintain the same level of alert in which they were, which means that Tenerife continues at alert level 4; Gran Canaria and La Palma will move to alert level 4 tomorrow, in accordance with the change anticipated last Tuesday; Fuerteventura, Lanzarote and La Graciosa remain at level 3; and La Gomera, at level 2. The change in level in El Hierro will come into force at 00:00 hours on Monday, January 24, and its situation will be subject to periodic reassessments. And it is that the island of El Hierro is at very high risk in the indicators of cumulative incidence at 7 and 14 days, and in terms of care capacity, due to the singularities of its population and its health area, the complementary indicators put you at high risk. | LP/DLP.