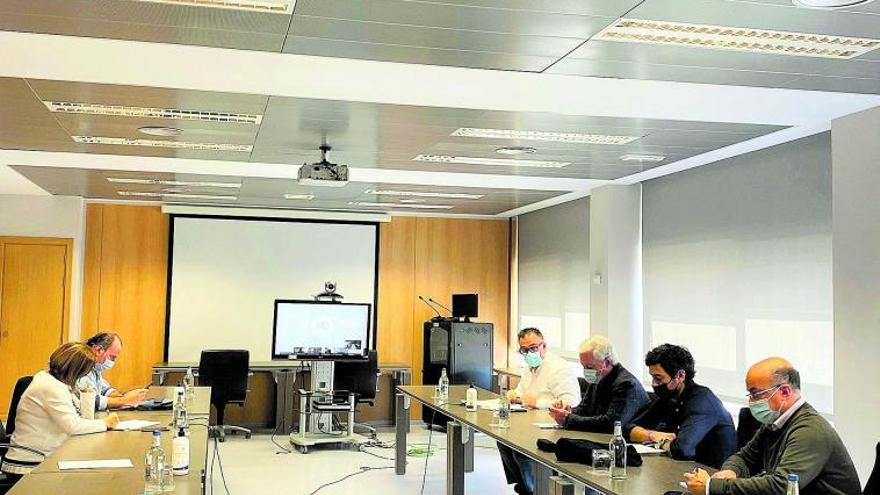 The Ministry of Health is going to request the Superior Court of Justice of the Canary Islands (TSJC) to review the sentence that has completely annulled the Public Employment Offer (OPE) of 2018. In this application, for which the figure will be used legal of “incident of clarification of sentence”, the Administration will urge the judge to rule a resolution only on the basis of the arguments that the plaintiffs have presented to reject these oppositions, without going to assess whether it was done in a timely manner. And it is that the plaintiffs had only requested that an additional provision of the 2018 Budget Law of the Autonomous Community of the Canary Islands be fulfilled, which, approved by all political groups, called for the direct stabilization of all public employees of more than 50 years. The plaintiffs did not enter to assess whether or not the OPE was illegal. This was presented yesterday by the director of the Canarian Health Service (SCS), Conrado Domínguez, to the most representative unions of the Canarian health, in a Sectorial Table in which other alternatives were also raised to avoid, above all, the repetition of examinations in professionals who have already undertaken them.

Health has five days to present this correction. Subsequently, the witness will be passed to the plaintiffs, who will have another five days to decide whether to admit it. These two weeks will be, therefore, defining for the selection process that at the moment has been paralyzed waiting for what is ruled. The unions have called on these workers to act for the good of their colleagues and “make a leap of faith” that allows the procedure, by which more than 15,000 people have been examined, to continue. “We have all lost”, sentence.

The plaintiffs demanded that it be fixed, as stated in the Budget Law

The plaintiffs are ten area specialists with over 50 years of age from Gran Canaria, formed at that time as a Consolidation Platform that, later, were integrated into the Table of the Confluencia de Canarias. The plaintiffs requested compliance with an additional provision included in the 2018 Autonomous Community Budgets – presented by the Gomera Socialist Group (ASG) – in which it was agreed to consolidate the jobs of all public employees in the Canary Islands of more than 50 years. What these plaintiffs did not know is that the State itself soon overturned this provision, considering that it went against the Constitution. In fact, the Canary Islands and the state government reached an agreement not to execute said provision, which was included in the minutes of that meeting. “They were within their rights,” says the provincial secretary of the Santa Cruz de Tenerife Medical Union, Levy Cabrera, who also does not understand that this matter has been shelved only under the pretext that it was published after the deadline.

The Administration will ask the judge to simply assess the plaintiffs’ arguments and not these other situations. “The judge does not enter to assess any of the reasons that correspond to what was stated by the plaintiffs,” explained Domínguez, after the meeting of the Sectorial Table.

Because, in fact, it is, in the view of the magistrate, a defect in the publication period of Decree 188/2018 – published on December 31, 2018 in the Official Gazette of the Canary Islands (BOC) – which would annul the entire process. As explained in the ruling, by law, no opposition contest becomes final until 20 days after its publication in the BOC, which means that this process became final on January 20, 2019. In this sense, the TSJC considers that , once the year changes, a place corresponding to the previous one can no longer be published.

The Ministry of Health, however, alleges that the calls are published at the end of the year to guarantee the highest replacement rate and that all vacant places are offered. In addition, at least nine other autonomous communities have published their calls for OPE between December 27 and 31 in recent years. The unions also refer to the Basic Statute of Public Employees (EBEP) which, in its article 70, states that the execution of the job offer must be carried out within a period of three years. This correction is brought before the same Litigation Chamber of the Canary Islands TSJC because, in addition, it has not ruled on the arguments defended by the Administration in the judicial process undertaken around this OPE.

In the event that this correction is rejected, the Ministry of Health has already advanced that it will study filing an appeal before the Supreme Court. Majority unions have agreed that this should be the next step to take. “If these workers are not able to reach an agreement and everything remains the same, we will ask the TSJC to clarify which public offers are affected,” says the general secretary of the UGT federation of public services, Francisco Bautista, who indicates that this Decree also has places of 2016, 2017 and stabilization. “Up to 80% of the places could be saved, if they are not included”, indicates the unionist.

“We believe that the decree complies with both regional and state legality,” insisted Domínguez, who remarked that a process like this “that was intended to stabilize the workforce” must go ahead. The guiding principle by which the actions of the counseling will be governed is not to repeat an exam. One of the possibilities that UGT has raised is to keep the process underway. “The transfer contest must continue and proceed to allocate places,” insists Bautista, who points out that in a few years, when the Supreme Court decides who is right. In this way, if it fails against the Administration, the Administrative Procedures Law could be used to safeguard the grades and jobs of the workers who have been examined in this 2018 OPE, that is, nurses , physiotherapists and midwives.

The most affected by this sentence are nurses, midwives and physiotherapists; professionals who had already taken their exams -on May 12, 2019-, awarded merits and some were even awaiting the final award of their place. The call to which they attended to obtain 1,280 public places (1,095 nurses, 62 physiotherapists and 123 midwives) was canceled this Monday, which left them without a legal guarantee to protect them. It is not the first time that these professionals have encountered obstacles to stabilize their jobs. It already happened with the OPE of 2007, which was paralyzed during the crisis to be reactivated in 2015. The nursing selection process culminated at the end of 2018. Only five months later – in May 2019 – they had to face a new examination Of a now phantom summons | VP