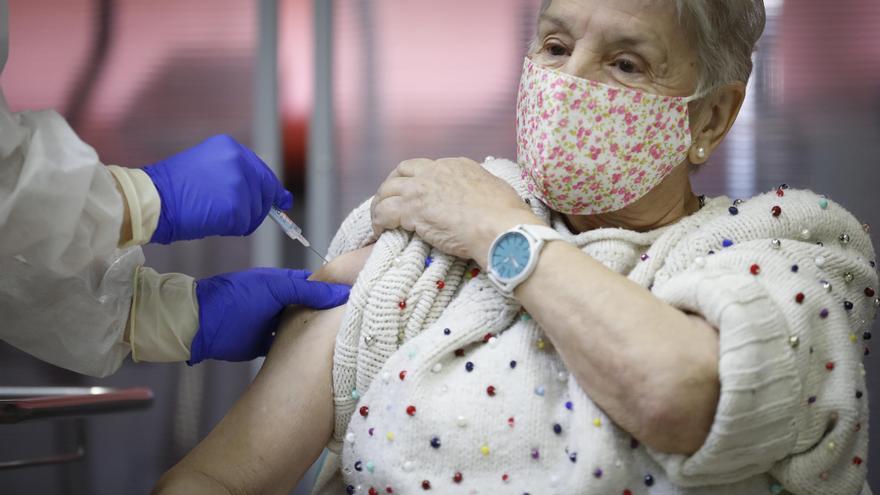 The endorsement of the European Medicines Agency (EMA, for its acronym in English) to the third dose of the vaccine of Pfizer against COVID-19 has given Spain the last push it needed to approve its administration, although limited only to those over 70 years of age. It has been approved by the Public Health Commission this Tuesday. It is the third recipient group for this new injection after the immunosuppressed population and the elderly in nursing homes. The inoculation will begin at the end of October and provided that six months have passed since the second dose.

The demand has been flying over the conversations between the Ministry of Health and the autonomous communities for weeks after reaching a wide vaccination coverage in the general population. 87% of citizens over 12 have a complete guideline. Some territories, such as Castilla-La Mancha – led by the Socialist president Emiliano García-Page – have already they took for granted last week that it will begin to be supplied in mid-October.

Sources close to these decisions assure that it was “reasonable that with this alibi – in reference to the EMA – a step forward should be taken” to vaccinate this segment of the population, which totals 6,794,069 people in Spain, according to the latest data from the INE , corresponding to 2020.

The decision has been taken by the Public Health Commission, made up of technicians from the Ministry and the autonomous communities. The group met this Tuesday. The procedure says that afterwards it must go through the Interterritorial Health Council, which however does not have an ordinary call scheduled for this Wednesday.

The abundance of vaccines in refrigerators also pushed in favor due to the slowing down of the vaccination rate once 87% of the target population has a complete schedule. Health has stopped once again this week the weekly delivery of Pfizer vials due to the risk that the accumulation spoils vaccines, as happened in Catalonia.

The Council of Ministers has just approved that it is the Ministry of Health who keeps the vaccines received, instead of decentralizing the delivery as up to now in the autonomous communities. “In these new phases, vaccine needs will not be as constant over time as supplies, nor can they be predicted with the same accuracy. […] Faced with this situation, the Ministry must have deep-freezing facilities, “says the statement sent by Health.

The vaccinologist Amós García Rojas, recently appointed Spanish representative of the Permanent Committee of the WHO for Europe, recalls that the EMA “is a regulatory body, not a recommendation” that has indicated the “viability of the dosage of the third dose”. “That is to say, he has said that it is possible but it depends on the authorities,” he clarifies in conversation with elDiario.es. The expert considers that the scientific evidence to universalize the third dose is not “sufficiently solid”.

The European Medicines Agency has clarified in a press conference on Tuesday that the third dose of Pfizer is “safe and effective” although it is not a “strict recommendation” but “really preliminary” because there is a lack of data on how long the protection of the drug lasts. second dose and when and who needs a booster. The benefit-risk balance of a third injection is therefore “positive”.

The statement of the EMA adds to the position set by the FDA in mid-September. The US health authority approved the third dose so that those over 65 and those at higher risk of serious disease receive a booster dose, but not for the general population. The European Agency assures that a third puncture of Pfizer in population between 18 and 60 years six months after the second increases the antibodies.

Universalizing the third dose for the entire Spanish population is something that is ruled out in Spain. It would require a new organizational effort to mass vaccinate and, in addition, it would contribute to deepening the inequality of access to vaccines, say some experts who advise the Government. 51 countries in the world have not even reached the coverage of 10% of their population.