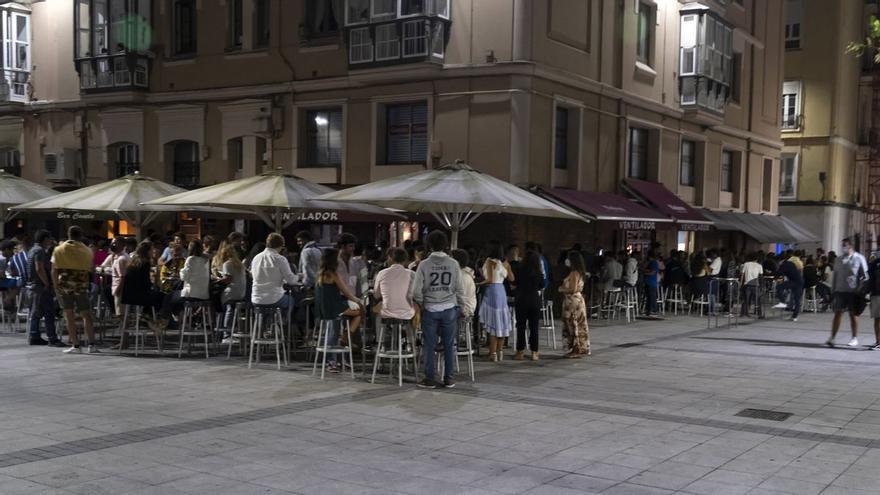 The Ministry of Health and the autonomous communities have approved the document of Declaration of Coordinated Actions Against COVID-19, which includes a common schedule for all of Spain to close bars and discos. It would be at 1 in the morning at the most for the first types of premises, ceasing to serve at 0:00; and close at 2:00 for the seconds. If there is no risk or the alert level is 1, the nightlife could be extended until 3:00. The allowed capacity would be 50% indoors, expandable to 60% in restaurants and bars if there is good ventilation; and on terraces, 100%. With a limit of 6 people per table indoors and 10 outdoors.

The Minister of Health, Carolina Darias, has announced the agreement, carried out not by consensus but by majority, at a press conference after the Interterritorial Council, held this Wednesday in Pamplona. He has raised it as a “recast” of all the pandemic rules developed so far. The document leaves without effect the previous coordinated actions approved in this regard, including the one that completely closed nightlife on August 14, because it also includes specifications on mass events, screening, or smoking on public roads, which kept forbidden. Everything would be in force until 70% of the population is immunized with the full schedule.

Five communities have voted against, those governed by the PP, including Madrid, Andalusia, and Galicia, according to regional sources, and Catalonia and the Basque Country have abstained, for reasons of invasion of powers. The update has been made by a working group made up of representatives of 13 communities, which has urged us to vote on the document today, Health sources explain. They are “mandatory” and the minister makes “an appeal” for them to be fulfilled. Madrid has been openly against it. “It is already good to criminalize the hotel industry. With Madrid do not count, Pedro Sánchez,” wrote the Popular Party of the region on Twitter. Currently, the hospitality in the community closes at 1:00. “They know that I will always be with those who add,” Darias has responded about this. “You already know what happened last time”, with the coordinated Holy Week performances, which Madrid also refused and finally complied with, “they are mandatory.”

Until now, the operation of the coordinated actions was limited to the document called ‘the semaphore’, with common indicators, guidelines and recommendations for different daily scenarios, such as meetings, sports or places of worship. The new document is linked to the ‘traffic light’, which is still in force, in terms of measures related to hospitality, nightlife or mass events. It would include in its draft that discotheques and nightclubs could open only in areas at alert level 1 (classification that takes into account the accumulated incidence and other factors such as hospital pressure), just as it was decided with the presence of the public in the stadiums football and basketball.

Alert 1 refers, together with other indicators such as hospital pressure, to accumulated incidents below 50 cases per 100,000 inhabitants in the last 14 days. The document would also allow it in ‘medium’ risk areas, below 150, provided the trend is positive. Right now, the Valencian Community and the Balearic Islands are below 50. Below 150, Murcia, Extremadura, Galicia, Navarra, Asturias, Cantabria, Castilla-La Mancha, Castilla y León. “We have to go back to normal little by little but gradually. We have to be able to learn from the lessons we have lived, we know what happened last summer,” said Darias, referring to the second wave of COVID-19, which began in July 2020. He has recognized that vaccination raises another horizon, but what has been achieved so far must be “finished off”.

The nightlife would be a reopening until 2 in the morning, with a maximum capacity of 50% indoors and full on terraces, and without specifying whether you can dance. In Andalusia, after the state of alarm, this type of leisure was resumed in a similar way after the end of the state of alarm, on May 9. Nightlife venues have been banned in Spain since last August. The pressure from the sector for a reactivation has been increasing in recent weeks.

The approved document also includes the development of a fifth round of the seroprevalence study carried out by the Carlos III Health Institute, and the reinforcement of collaboration with local entities.