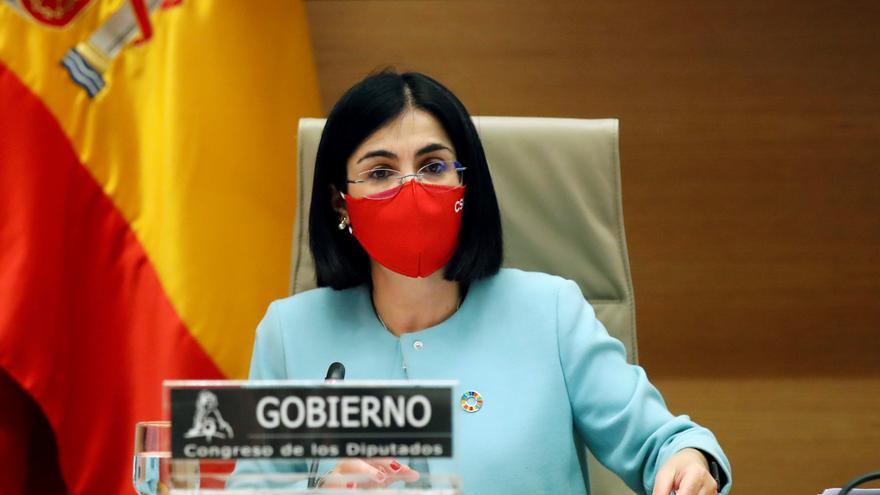 The Ministry of Health and the Autonomous Communities have agreed, in the Interterritorial Council, to work again to modify the use of masks as a preventive measure against COVID-19. The Official State Gazette on Tuesday published the new regulation on their employment, which began to be processed in June. Its final version for now includes an amendment, presented by the PSOE in Congress this March, which eliminated the exception that it was not necessary to wear it outside if it could be kept 1.5 meters away from other pedestrians. That is, it must be worn in all cases in the open air, something that most of the autonomous communities at the regional level already had in force. A day later, they have decided to work this week to address the measure again in the next Interterritorial Council.

Minister Carolina Darias explained at a press conference that it was approved in a “specific context”, June last year, and that is why the change is being considered now, for example, the move to “phase 3” is contemplated, something already obsolete. that was part of the de-escalation of the confinement of the first state of alarm of 2020. But the socialist amendment to include the 1.5 meters was presented this March 2021, and the minister has not explained if the change in criteria that may occur will be will refer to exactly that.

It will be an “analysis of the law,” described the minister, Carolina Darias. It will “work in a technical way, within the margin allowed by law, to try to develop technical criteria” to bring different guidelines to the next Inter-territorial Council. They seek to “apply the law in the most harmonized and contextualized way possible,” because “a long time has elapsed from the time the law was passed to its processing.” There are communities that want to “clarify” it, he said, as a reason for having proposed that the norm be modified again. “We can, at a technical level, harmonize and modulate the time we are in at all times,” he said later, “the mask is here to stay, vaccination is doing its job but we have to do ours.”

The Interterritorial Council for this Wednesday of Holy Week was held in Valladolid, with the participation of the minister in a press conference, and the regional councilor of Castilla y León, Verónica Casado. Darias has described that the epidemiological situation is “valley, with an upward trend.” “We have to buy time from the virus to prevent the rebound from being a fourth wave,” he said. The cumulative incidence at 14 days is 147 cases, “medium risk” bordering on high. In Madrid, Catalonia, Navarra, Euskadi, Ceuta and Melilla it is already “very high”, above 250.

The minister has announced that tomorrow, Thursday, more than a million doses of AstraZeneca will arrive in Spain, which added to the million that arrived on Monday between Pfizer and Moderna, make this week the first since the campaign began (on December 27) that more than two million arrive. In the middle of the month, those of Janssen will begin to arrive, on April 19, 300,000. As of March 31, Spain has received just over 9.5 million.

The Public Health Commission yesterday agreed to expand AstraZeneca’s target population and remove the 65-year-old age limit, given scientific evidence that it is safe. But in practice, it will continue to be aimed at people under 65 years of age almost completely, since it will continue to include groups of workers considered essential (police, firefighters, teachers, some health workers, the military). Janssen’s has been reserved for people over 65. The priority, despite the decision on AstraZeneca, is to protect those over 60 years of age as “being the most vulnerable group” from suffering from the serious disease, and thus end the health collapse caused by COVID-19.