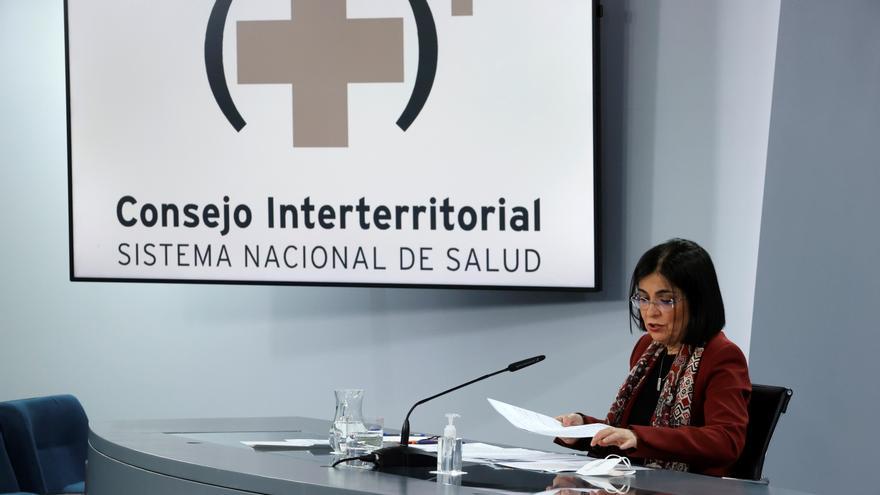 The Interterritorial Health Council that brings together the Minister of Health with all the regional councilors of the branch has ratified the agreement to prohibit transfers between communities during Holy Week and a common curfew finally at 23:00. The decision leads Spain to the second consecutive Holy Week, after 2020, without internal mobility or tourism as a prevention of the expansion of COVID-19. Carolina Darias has also agreed that the meetings should not be more than 4 people if they are indoors and 6 outdoors. In private spaces they should be limited to cohabitants. It is applied throughout Spain except in the Canary Islands and the Balearic Islands and extends to the feast of San José in the communities where March 19 is non-working (Valencian Community, Murcia, Navarra, Extremadura, Galicia, Basque Country and Community of Madrid). The measures for Holy Week will be in force from March 26 to April 9, those of San José from March 17 to 21.

The Community of Madrid has voted against the pact and the Minister of Health, Enrique Ruiz Escudero, It has subsequently announced at a press conference that it does not abide by it and that they are not going to close Madrid but do what they deem "appropriate". Ruiz Escudero did not express this intention during the meeting, according to Minister Darias. But there is no mechanism provided for a refusal because it is an agreement "of mandatory compliance and it will be for everyone", "both de jure and de facto", that is, both by law - the declaration of coordinated actions approved today, the same format that was used for Christmas restrictions or for the closure of nightlife - as in fact, with the effective application of these actions throughout the territory. Catalonia has abstained from voting and all the other communities have voted in favor . The minister had previously thanked the "tone and effort" of all the councilors, insisting on the "all".

It is a minimum document. The agreement has included that “those communities that are governed by more restrictive measures than those contemplated will be those that decide whether or not to make them more flexible, taking into account that this would mean a modification of the habits established so far and that are being followed by the citizenship". That is, the communities that see fit may maintain the curfew at 22:00, but the maximum in those time periods will be at 23:00. Catalonia has already communicated that it will do so. The document also specifies that the communities should not relax the measures in force during the two weeks prior to this period, even if the trend continues to be favorable. That is, from this next March 12.